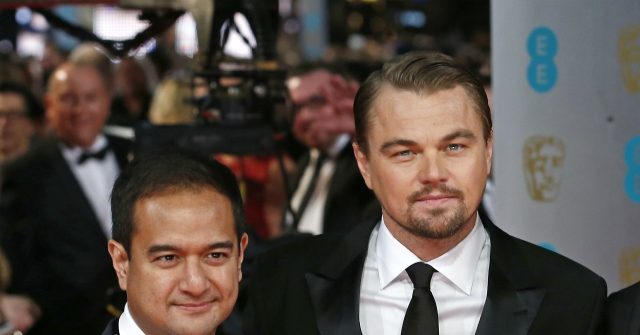 KUALA LUMPUR, Malaysia (AP) — “The Wolf of Wall Street” producer and stepson of Malaysia’s former prime minister pleaded not guilty on Friday to laundering $248 million from a state investment fund, becoming the third person in his family charged in the 1MDB scandal that helped end Najib Razak’s government last year.

Riza Aziz was solemn as he appeared in court to be charged with receiving the illicit funds between 2011 and 2012 in the U.S. and Singapore.

The charge sheets said the money was misappropriated from 1MDB and channeled into bank accounts of Riza’s company Red Granite Pictures Inc., which produced films including the Martin Scorsese-directed film starring Leonardo DiCaprio. The 2013 film was nominated for five Academy Awards, including best picture.

The money was transferred from Swiss bank accounts of two companies U.S. investigators identified as being linked to 1MDB into Red Granite’s accounts in the United States and Singapore, according to the charge sheets describing the evidence.

Riza, 42, was released on bail. He was charged with five counts of money laundering and could face up to five years in prison, a fine or both, on each count if he is convicted.

Najib set up the 1MDB fund to finance development in Malaysia when he took office in 2009, but it accumulated billions in debts and U.S. investigators allege at least $4.5 billion was stolen from the fund and laundered by Najib’s associates.

Public anger over the alleged corruption contributed to the shocking election defeat of Najib’s long-ruling coalition in May 2018, and the new government reopened investigations that had been stifled while Najib was in office.

Najib is currently on trial for alleged criminal breach of trust, abuse of power and money laundering linked to 1MDB. He denies the charges. His wife and Riza’s mother, Rosmah Mansor, also has pleaded not guilty to money laundering and tax evasion related to 1MDB but her trial date has not been set.

Riza’s arraignment came a year after he was questioned by Malaysia’s anti-graft agency. U.S. investigators say Red Granite used money stolen from 1MDB to finance Hollywood films. Red Granite has paid the U.S. government $60 million to settle claims it benefited from the 1MDB scandal, and the U.S. returned the money to Malaysia.

Riza’s sister, Nooryana Najwa, has slammed the legal action against her brother.

“Despite the settlement in the U.S. and the fact that alleged wrongdoings occurred entirely outside of Malaysia, the MACC decides to press charges after a whole year of leaving this case in cold storage. He is not a criminal,” she wrote on Instagram, accompanied by a picture of her with Riza taken before his arrest.