Appearing for the first time on stage as part of a political campaign since June 2016’s referendum vote, Mr Farage explained that the group would start to counter the Remain camp’s negative “lobbying and campaigning”, saying: “We will explain that a free trade deal is possible if that is what the gangsters in Brussels want and if they don’t that is fine.

“If they don’t, we will leave with no deal and far from being a cliff edge — no deal, no problem. We will be an independent country. That is what matters,” he told the crowd of 2,000 and the some 63,000 who streamed the event live from Facebook. 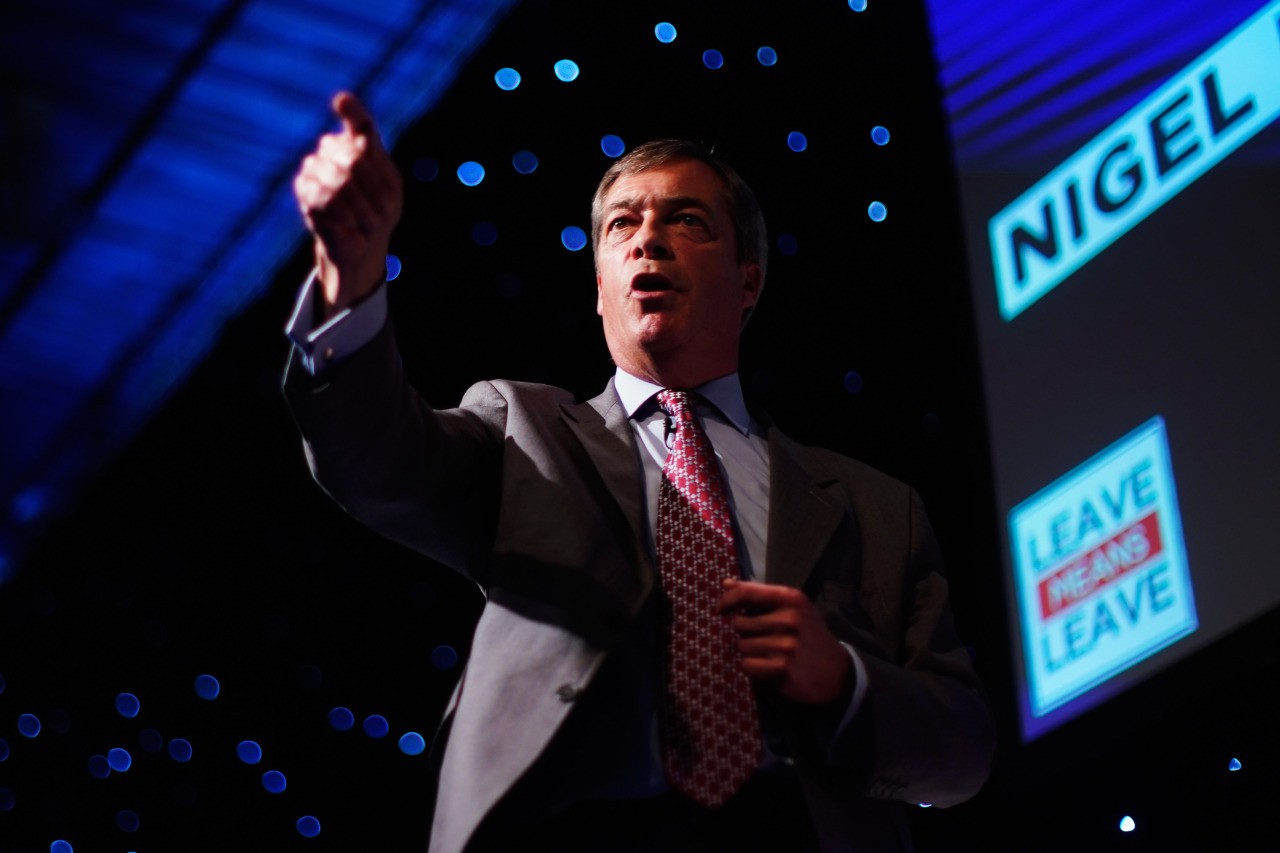 BOLTON, ENGLAND – SEPTEMBER 22: Nigel Farage, MEP and Vice Chairman of the pro-Brexit Leave Means Leave organisation, gives a speech while attending a Leave Means Leave rally held at the University of Bolton Stadium on September 22, 2018 in Bolton, England. The Bolton rally is the first in a series of Leave Means Leave events to be held as discussions continue over the Brexit deal. (Photo by Christopher Furlong/Getty Images)

The former UKIP leader remobilised Brexit supporters to contact their local MPs “who do not wish to clearly take us out of the European Union… to say to those MPs, ‘If you betray what we instructed you to do we will never for you again.’”

“And we’ll do it politely… We’ll do it in the best traditions of this country, and we’ll do it firmly. We make them know where we stand on this issue.”

“We do not know what the political class will throw at us. I want us to get them to change their minds. I want them to deliver a proper Brexit on March 29th next year.”

“Today is the relaunch of the People’s Army that gave us Brexit, and we must deliver it.” 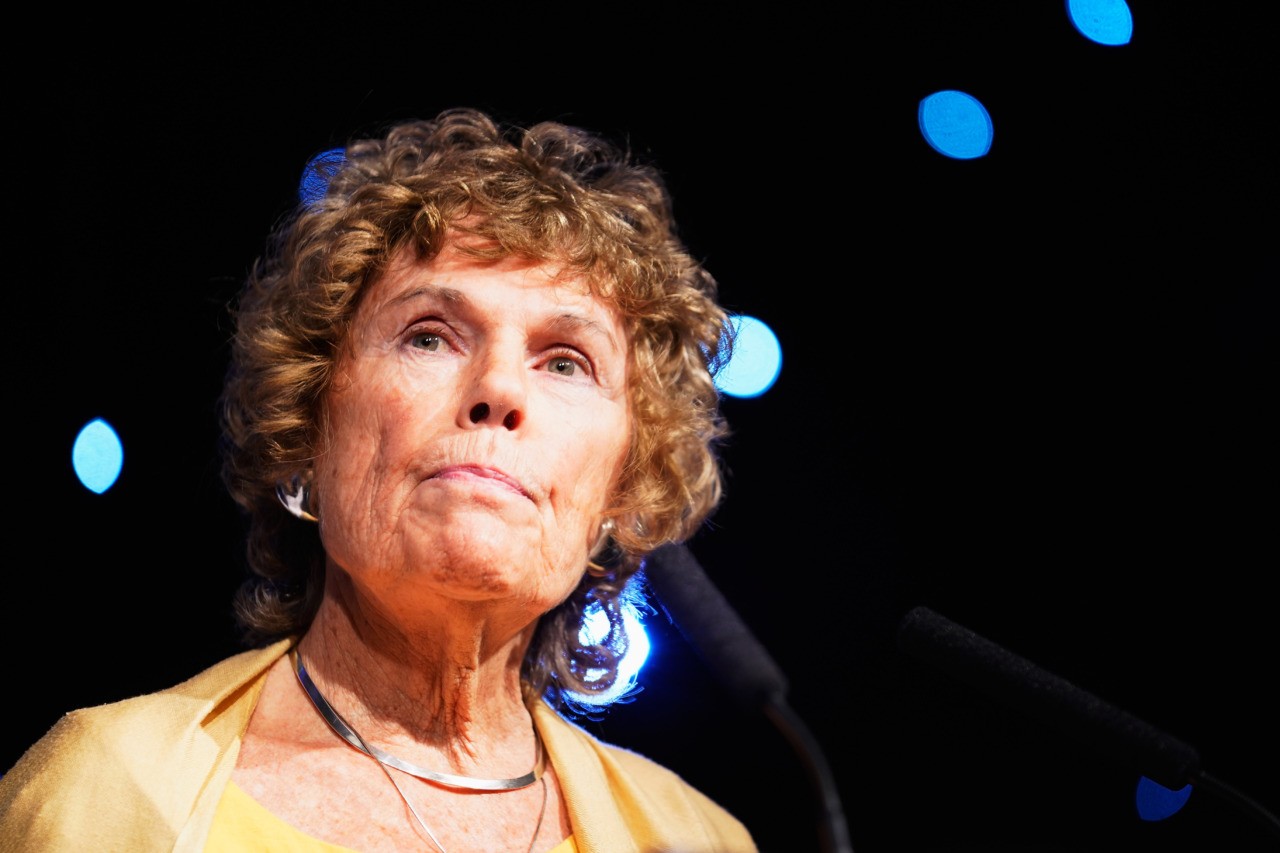 BOLTON, ENGLAND – SEPTEMBER 22: Labour MP Kate Hoey gives a speech while attending a Leave Means Leave rally held at the University of Bolton Stadium on September 22, 2018 in Bolton, England. The Bolton rally is the first in a series of Leave Means Leave events to be held as discussions continue over the Brexit deal. (Photo by Christopher Furlong/Getty Images)

Also speaking was Labour’s MP for Vauxhall Kate Hoey, who, since supporting Brexit has faced threats of deselection from her own party, told the audience that achieving Brexit is “above party politics and my country comes before my party”.

She also condemned “the patronising voices of the mainly London establishment” who claimed Brexit voters “didn’t really know the issues” when they voted in the biggest democratic mandate in British history.

Former Brexit secretary David Davis, who resigned his post in protest at Mrs May’s soft Brexit plan, put to the audience a free trade deal without legal ties to the bloc, saying: “We should only accept a clean and clear Brexit. Not some fudge, not some weak compromise  — which is exactly what I think Chequers is.” 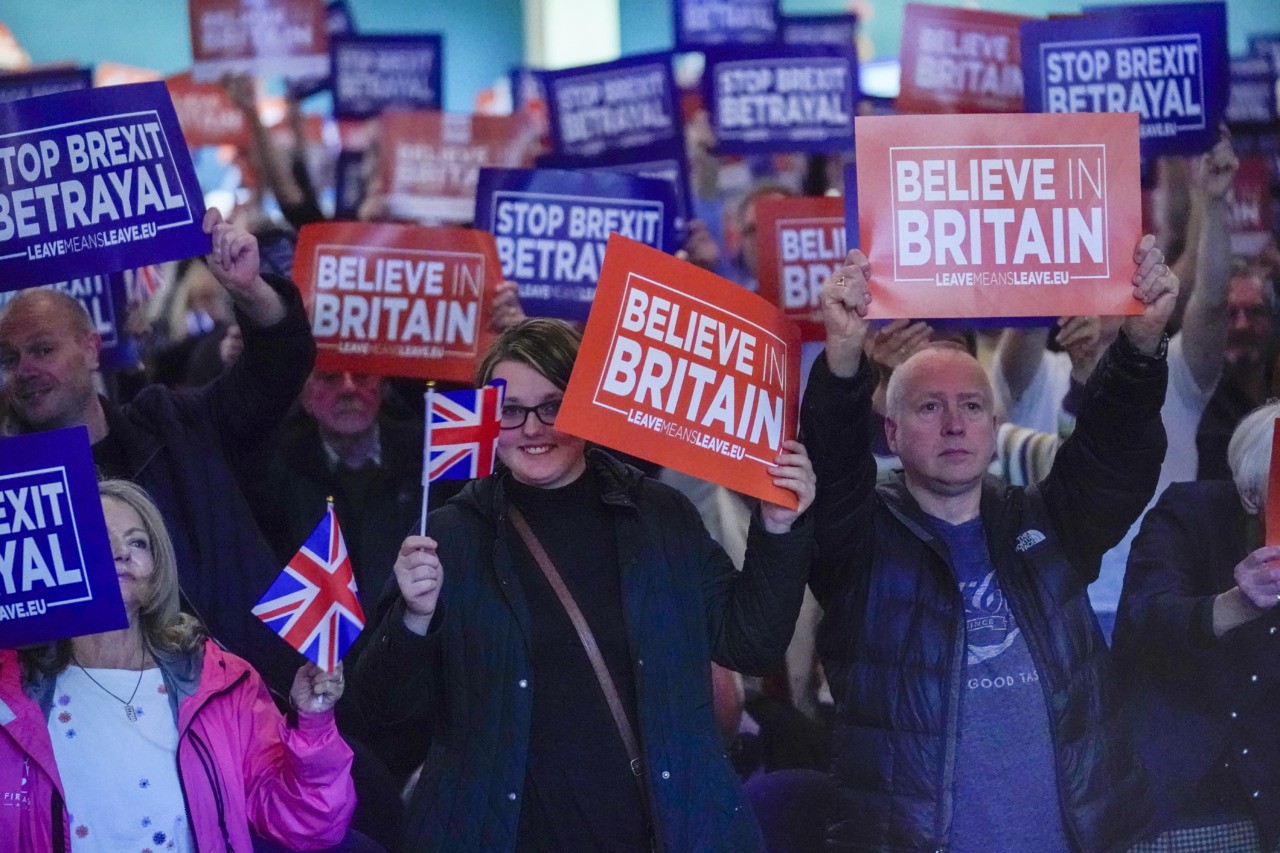 BOLTON, ENGLAND – SEPTEMBER 22: Supporters attend a Leave Means Leave rally held at the University of Bolton Stadium on September 22, 2018 in Bolton, England. The Bolton rally is the first in a series of Leave Means Leave events to be held as discussions continue over the Brexit deal. (Photo by Christopher Furlong/Getty Images)

“Were told there is no alternative,” he added. “That is just a lie. The best answer for us — and the EU — is a free trade deal. An advanced, streamline, free trade deal, based on the best in the world. That is what we need to go for.”

Noting that the EU has already done one with Canada, South Korea, and is in the process of completing one with Japan, he asked: “It’s an agreement between two sovereign entities with zero tariffs but no free movement, no payment of vast sums of money, no European oversight, no interference in Canadian laws — why can’t we have that?”

“Using just the precedents [of their other free trade deals], the European Union itself has created, we can create the best trade deal in the world,” he added.

The launch came after the Soros-backed Best for Britain group announced it would be targeting voters to push their MPs for a second vote, while another group of Europhiles will take their case to the EU’s top court to see if MPs can vote to reverse Article 50.