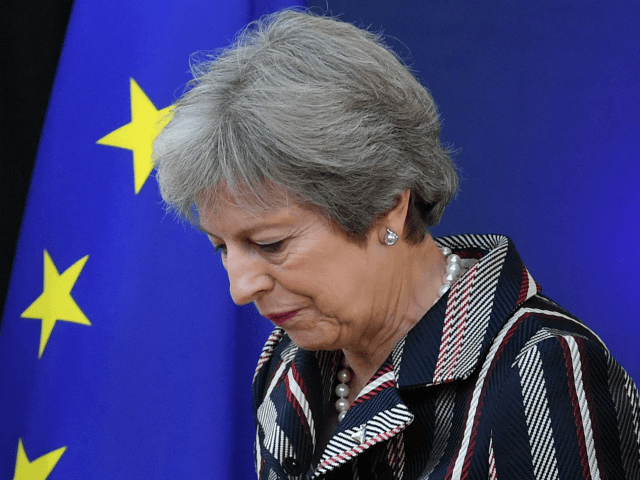 With the March 2019 deadline for Brexit looming, Prime Minister Theresa May will have to clinch a deal — or not — with the European Union soon.

Any negotiated settlement with the EU will have to be ratified by both the British Parliament and the European Parliament. This means the window for a deal to be struck in time for Brexit day in March — enshrined in British law but not necessarily impossible to change, should Remain-leaning Members of Parlaiment act decisively — is now very small.

A so-called ‘transition’ or ‘implementation’ period of two years — possibly longer — in which Britain will remain entirely subject to the EU’s rules and regulations without representation in EU institutions after the actual departure date appears to be all but certain in any deal which is struck.

However, it is not guaranteed that a deal can be struck, with there being a great deal of disagreement between the European Union, the British prime minister, and Brexit-supporting MPs in her party and the Democratic Unionist Party (DUP) which they rely on for a parliamentary majority over the extent to which Britain should continue to cede sovereignty to Brussels after Brexit once the ‘transition’ is over.

As well as a virtually uncontrolled intra-member migration regime, the EU imposes uniform regulations and uniform external tariffs on its member-states, reserving the right to sign (or not sign) trade agreements with third countries on their behalf, appropriating or dictating their votes on international trade bodies such as the World Trade Organisation (WTO) and United Nations Economic Commission for Europe (UNECE), and controlling their fisheries as a so-called ‘common resource’.

The EU pools national contributions to a shared budget worth hundreds of billions of Euros to fund various schemes and institutions in its member-states, but this does not really benefit Britain, as it puts significantly more money into the pot than it receives back.

The real economic upside to this arrangement for the United Kingdom is supposed to be free trade in goods and services — in the latter case more in theory than in practice — and Theresa May is keen that this should continue after Brexit, despite evidence that it results in businesses leaving the country for lower-wage economies elsewhere in the bloc.

While Theresa May wants to maintain free trade with the European Union after Brexit, the EU has been seeking to impose a number of binding conditions on Britain as the price of a deal, despite the fact that its exporters depend much more heavily on the British market than British exporters do on theirs.

These conditions include a demand that Britain continues to follow the same regulations as the EU and binds its own hands with respect to state aid and taxation — at least to a point — in order to maintain a so-called “level playing field”, with these arrangements being overseen by EU judges.

They have additionally demanded that the British province of Northern Ireland, which currently has an open border with the only EU member-state which will share a land frontier with the United Kingdom after Brexit, must remain inside their Customs Union, in order to keep it free of customs checkpoints.

The aforementioned DUP, which is based in Northern Ireland and supports the British Union — like most residents of the Province — is unwilling to accept any deal which would impose a customs border between Britain’s Home Nations “in the Irish Sea”, as this would divide the kingdom.

Theresa May accepts that this would be unacceptable — but her controversial ‘backstop’ solution to the impasse involves keeping the entire country inside the EU’s Customs Union in addition to adopting its regulations through a so-called ‘common rulebook’, sparking outcry from Brexiteers who believe such an arrangement would mean a ‘Brexit in Name Only’, or BRINO.

Certainly, it would more or less preclude the United Kingdom from meaningfully reclaiming autonomy on international trade, and striking lucrative trade agreements with countries like Australia and the United States, which it has been barred from doing as an EU member.

Theresa May’s proposed concessions to Brussels, initially laid out in her so-called ‘Chequers Plan’, led to Secretary of State for Brexit and nominal lead Brexit negotiator David Davis resigning from her Cabinet along with junior minister Steve Baker, followed not long after by Foreign and Commonwealth Secretary Boris Johnson — the ad hoc leader of the Vote Leave group which was designated as lead Brexit campaign during the EU referendum.

Both are urging Cabinet to reject Theresa May’s deal, which would enjoy little support from either Leavers or Remainers in Parliament even if she could get the EU to agree to it, and to instead pursue a so-called ‘SuperCanada’ trade deal modelled on the bloc’s agreement with the North American country, resolving the Irish border issue through technological means and trusted trader arrangements.

However, despite long-running speculation that the two Brexiteers and their supporters could mount a leadership challenge to Mrs May and take control of the negotiations at the eleventh hour, neither has been willing to bite the bullet.

If the Prime Minister simply fails to secure a deal or it is rejected by Parliament, the country would in theory embark on a transition-free ‘No Deal’ Brexit come March, with Britain and the EU dealing with each other on the same standard World Trade Organisation terms as the United States and the EU, for example.

Many Brexiteers actually favour this option, as it would involve full reclamation of sovereignty from Brussels — but Mrs May, the bulk of her government, and a majority of parliamentarians did not support Brexit in the first place, and seem reluctant to truly sever ties with the bloc.