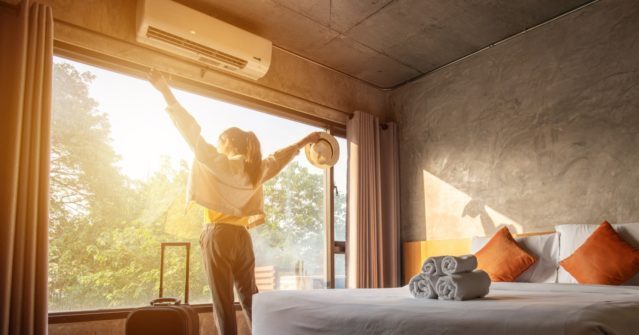 Americans are becoming far more comfortable getting out of their homes.

Hotel bookings rose to their highest level in over a year, data released Thursday show. Hotel Occupancy reached 52.1 percent in the second week of March, according to industry data from STR.

Year over year percentage changes are now favorable because we’ve past the anniversary of the pandemic lockdowns. Compared with 2019, occupancy is running at about 70 to 75 percent, STR said.

Air travel is up as well. Yesterday, 1.4 million people passed through TSA checkpoints, the highest level of travel in over a year. Compared with 2019, air travel is down 39.13 percent. A year ago, just 779,000 passengers boarded planes.

Americans are not waiting for permission to travel. The Centers for Disease Control and Prevention still advise against travel.