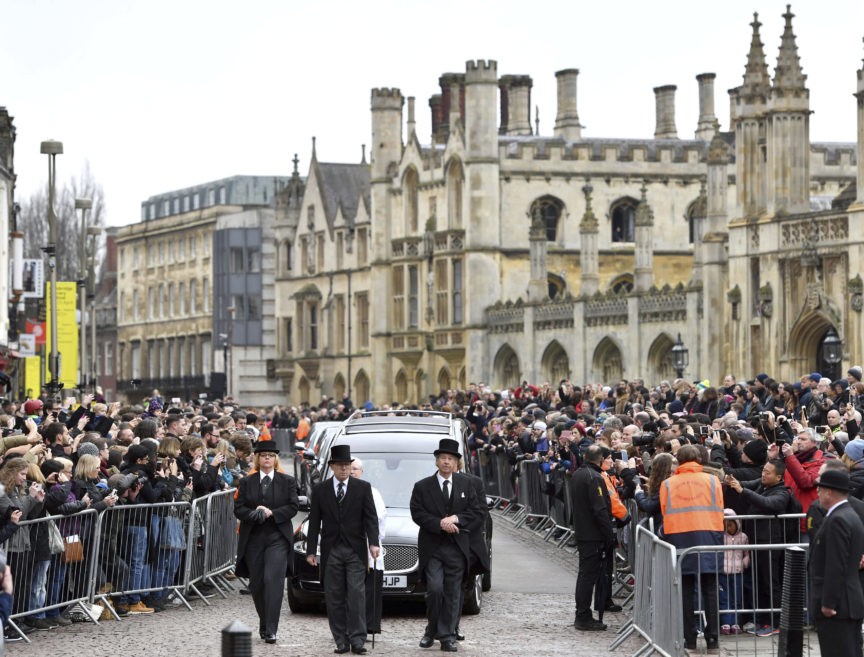 Three hundred left-wing academics from around the world are conspiring to destroy the career of a promising young Cambridge University researcher, Noah Carl.

Dr Carl’s crimes? Being an out conservative; standing up for the right of academic researchers to speak fearlessly and frankly on politically fraught intellectual issues.

“We are deeply concerned that racist pseudoscience is being legitimised through association with the University of Cambridge,” claim the academics in an open letter, calculatingly phrased to misrepresent Carl as some kind of dangerous right-wing extremist.

The letter, clickbaitingly titled ‘No Place for Racist Pseudoscience at Cambridge’, claims that Carl’s work is “ethically suspect” and “methodologically flawed”. It demands an investigation into Carl’s research fellowship at St Edmund’s College, Cambridge, presumably with a view to having it withdrawn.

What the letter’s authors have signally failed to do is provide any evidence for these damaging claims.

Toby Young, himself the victim of a similar orchestrated online hate mob campaign, notes in the Spectator.

What’s odd about the letter is that it makes these career-ruining allegations without offering a scintilla of evidence to support them. No specific papers of Dr Carl’s are cited and there isn’t a single quote from anything he’s written. The words ‘race’, ‘criminality’ and ‘genetic intelligence’ are quoted, but these are scare quotes not actual quotes taken from Dr Carl’s work. I’ve looked at his published academic research and cannot find a single instance of him using the phrase ‘genetic intelligence’, which isn’t surprising since no serious scholar writing about group or individual difference in IQ would use such a phrase.

According to Quillette, Carl, 28, is a respectable academic with an impressive track record for one so young.

Drawing on disparate fields of research in psychology, psychometrics and sociology, Dr Carl’s papers have been peer reviewed and published in journals such as Intelligence, Personality & Individual Differences, The American Sociologist, Comparative Sociology, European Union Politics, and The British Journal of Sociology. His papers have been cited 235 times since 2013.

Much of Dr Carl’s research focuses on how intelligence and other psychological characteristics affect beliefs and attitudes. Papers include: Leave and Remain voters’ knowledge of the EU after the referendum of 2016, Cognitive Ability and Political Beliefs in the United States, and his most cited paper, published in Intelligence in 2014, Verbal Intelligence is correlated with socially and economically liberal beliefs.

None of this stuff is remotely controversial. For the real reason behind the left-wing witch hunt, you have to look elsewhere.

Dr Carl’s crime is that he has defended intelligence researchers who’ve written about the taboo topics of race, genes and IQ and argued that stifling debate in these areas is likely to cause more harm than allowing them to be freely discussed by academics. It appears to be this, and the fact that he spoke at the London Conference of Intelligence in 2017 alongside some of these researchers (although he did not himself speak about race, genes or IQ at that conference), that is the basis for the accusation, made in the letter, that he is guilty of “pseudoscientific racism.”

One of the signatories is Professor David Graeber, the anthropologist and left-wing political activist, who described Dr Carl on Twitter as a “very creepy ‘race scientist’.” When asked to justify this accusation of racism and clarify what aspects of Dr Carl’s research he found “methodologically flawed,” he replied: “that’s easy. The concepts “race” “genetic intelligence” and “criminality” are all concepts with at best questionable scientific validity, so any study that assumes all 3 as unproblematic is so wildly methodologically flawed that one can only assume a racist motive in the author.”

One of the signatories is Prof David Roediger, a professor of American Studies at the University of Kansas and the author of The Wages of Whiteness. It is described as follows by its left-wing academic publisher: ‘Combining classical Marxism, psychoanalysis, and the new labor history pioneered by E. P. Thompson and Herbert Gutman, David Roediger’s widely acclaimed book provides an original study of the formative years of working-class racism in the United States.’

Just to be absolutely clear here, Carl is being hunted by the outrage mob not for anything he has personally written about race, genes and IQ, but merely for defending the intellectual freedom of other academics to do so.

The leftist outrage mob knows that this is a tactic that works. Charles Murray has been about as welcome as the Ancient Mariner at a wedding, even in many right wing circles, ever since he published his controversial 1994 investigation of race and IQ The Bell Curve.

Even among the denizens of the supposedly fearless Intellectual Dark Web, the terror of being found guilty of wrongthink is so great that many of these mighty cerebral gladiators simply refuse to enter the arena. Bret Weinstein, for example, won’t debate Stefan Molyneux.

This argument between atheist @BretWeinstein and atheist @StefanMolyneux is instructive…

The #IntellectualDarkWeb is desperate to keep Stefan’s evolutionary perspective on race outside the fold.

Molyneux may, of course, be entirely wrong in his theories. But unless someone on his intellectual level is prepared to put them to the test in debate how are we ever going to know?

Three decades ago, Allan Bloom warned of The Closing of the American Mind. His dread prognosis has unfortunately come true, not just in U.S. academe but across the Western world. No longer is the goal of higher education the free and frank exchange of ideas. Rather, it is increasingly about cabals of narrow-minded academics closing the field to anyone who doesn’t share their reductive, post-modernist, cultural Marxist views.

Cambridge, for example, really used to be quite a good university. But seriously, credentialism apart, would any sensible parent want their child to study in such a limiting, intolerant, intellectually toxic environment?