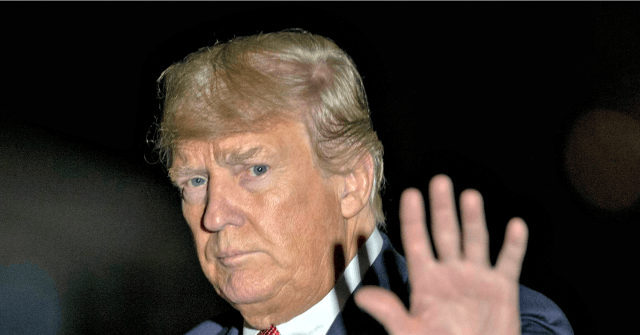 Attorney General William Barr announced the findings of Special Counsel Robert Mueller’s investigation into Russian interference in the 2016 election on Sunday, concluding that President Donald Trump and members of his presidential campaign did not collude with Russia or try to stop Mueller’s work.

But that hasn’t stopped anti-Trumpers or Democrats from vowing to continue to investigate the president on numerous fronts.

“Robert Mueller may have completed his report, but other investigations into President Trump are expected to carry on for months,” National Public Radio (NPR) reported on Saturday before details of the Mueller report were released on Sunday.

“Even though Mueller’s investigation into 2016 U.S. election interference is over, there are several different ways inquiries into President Donald Trump, the Trump Organization and the Kremlin will continue,” the Huffington Post reported on Saturday.

At least eight federal criminal cases are ongoing. In Congress, the Senate intelligence committee has yet to complete its 2016 election interference investigation and issue a report, and multiple committees in the House have launched wide-ranging inquiries on multiple topics beyond the Russian interference issue.

And the same Justice Department that produced the Mueller report has other investigations underway, according to NPR, even if none of the cases have yet to involve the president directly:

• Rick Gates, a business associate of short-term Trump campaign chairman Paul Manafort, who pleaded guilty last year to conspiracy and                 making false statements, is cooperating with the DOJ. Manafort was sentenced to four years in prison for financial fraud convictions that               were part of the Mueller investigation.

The Huffington Post summed up its list of Trump investigations, including one into venture capitalist Imaad Zuberi, who donated $900,000 to Trump’s inauguration committee.

“Much like the other inquiries into Trump’s operations and inner circle, there’s no immediate end in sight for the investigation,” the Huffington Post reported.