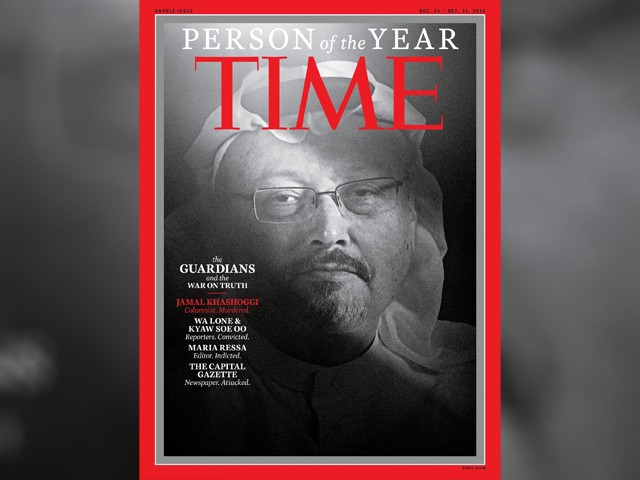 Time has selected “The Guardians” — a group of imprisoned and killed journalists — as the magazine’s “Person of the Year” for 2018.

Washington Post columnist Jamal Khashoggi, who was murdered inside the Saudi Arabian consulate in Istanbul, Turkey, in October, will appear on one of four Time “Person of the Year” covers.

Maria Ressa, CEO of news outlet in the Philippines targeted by Duterte pic.twitter.com/26986D7cjw

Reuters journalists Wa Lone and Kyaw Soe Oo, who were sentenced to seven years in prison in September for reporting on the military-backed killing of Rohingya Muslims in Myanmar, are also recipients of the prize. Further, The Capital Gazette, the Maryland newspaper where four reporters and a sales associate were killed in a July mass shooting, was also bestowed the annual award.

Lastly, Rappler, an online Philippines-based news website which is the target of a “campaign of legal harassment” for its critical coverage of President Rodrigo Duterte, will share the honor.