A 85-page briefing entitled “The Good Censor,” exclusively leaked to Breitbart News from within Google, advises tech companies to “police tone rather than content” and to not “take sides” when censoring users.

The document, which can be read in full here, acknowledges that tech platforms including Google have shifted towards censorship in recent years, moving away from their original commitment to the American tradition of free speech.

It does not recommend a return to those early principles, instead leaving the question open and suggesting Google may “shift with the times,” recommending increased transparency to smooth the process from free speech to censorship. The recommendations appear on pages 81-84 of the briefing.

“Google might continue to shift with the times – changing its stance on how much or how little it censors (due to public, governmental or commercial pressures). If it does, acknowledgment of what this shift in position means for users and for Google is essential. Shifting blindly or silently in one direction or another rightly incites users’ fury.”

The briefing quotes outside experts who argue against taking sides politically, instead suggesting that Google police “tone instead of content” and censor everyone equally. The document also recommends clearer explanation of how censorship works on Google, and quotes George Soros’ advice about justifying censorship in non-U.S. markets. 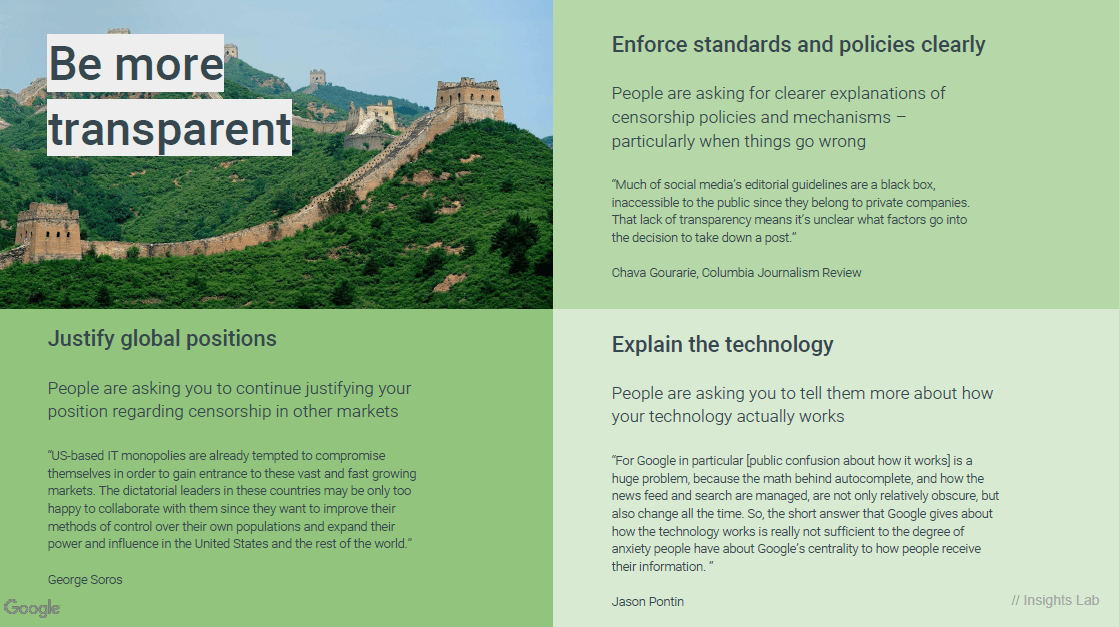 The recommendations occasionally repeat themselves, with the author again stating that Google should simply do a better job of explaining censorship.

It goes on to recommend behavior guidelines for users. 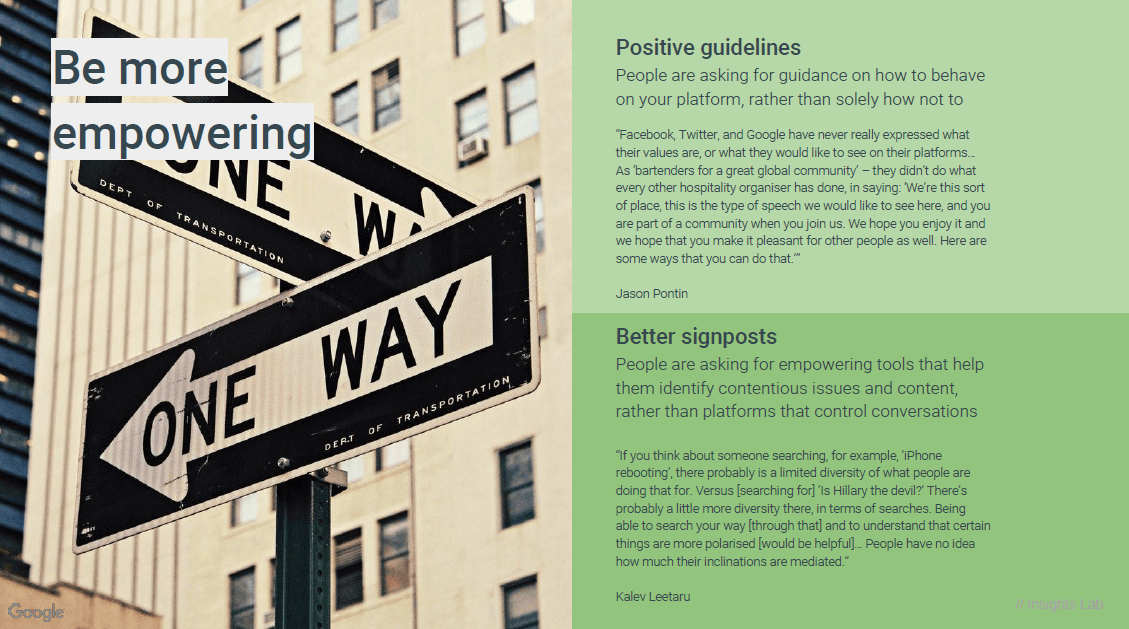 Read The Good Censor in full: