In a leaked 85-page document titled “The Good Censor” exclusively published by Breitbart New, Google names YouTube star Logan Paul as a factor that has led to an increase in social media censorship.

One section of the 85-page internal Google document leaked to Breitbart News claims that free speech is a “utopian narrative.” It then lists YouTube star Logan Paul as one of the reasons that Google has cracked down on free speech online. The document states: “Free speech flourished online as governments struggled to contain it, but recent global events have undermined this utopian narrative.” 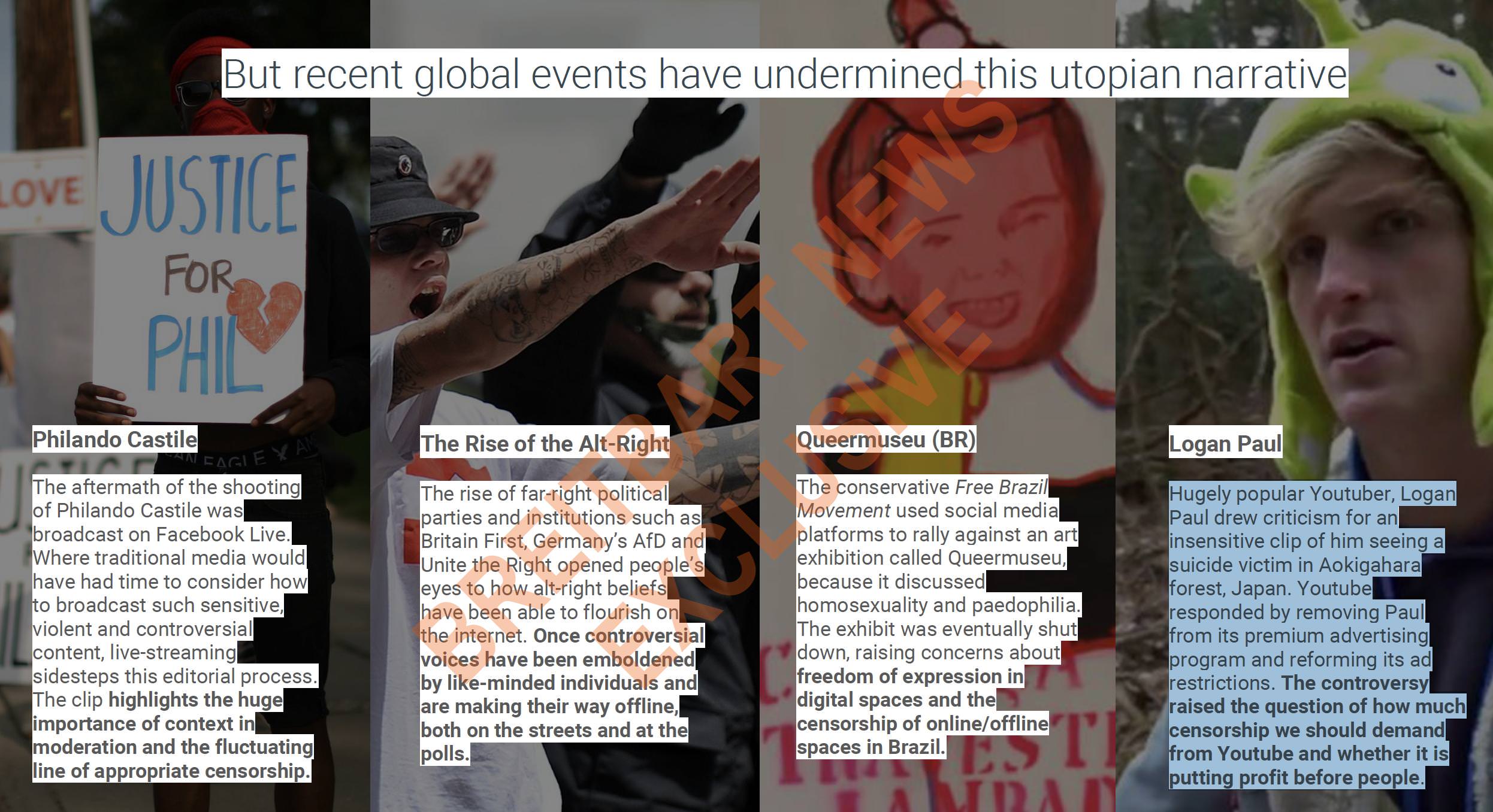 According to Google, these global events is the Ferguson riots, the election of President Trump, violence between rebels and Indian authorities in Kashmir, the “rise of the alt-right” and YouTube Star Logan Paul. The document specifically references Paul’s actions from earlier this year in which Paul filmed the hanging corpse of a man in the Aokighara forest in Japan, an area which has become known as the “suicide forest” due to the high rate of suicides in the area.

In the video, Paul and his friends approached a dead body, filmed the deceased man’s face, and noted that his hands had turned purple in color. Moments later the group stands around laughing and joking about the situation with Paul regularly stating that this had never been seen before on YouTube, seeming to think that this was a great achievement. Paul faced severe backlash for the video and attempted to apologize afterward but many felt that he painted the YouTube platform in a bad light and negatively affected how other YouTube Stars are viewed.

Google discusses this in their document stating: “Hugely popular Youtuber, Logan Paul drew criticism for an insensitive clip of him seeing a suicide victim in Aokigahara forest, Japan. Youtube responded by removing Paul from its premium advertising program and reforming its ad restrictions. The controversy raised the question of how much censorship we should demand from Youtube and whether it is putting profit before people.”

While Google claims that Paul’s activity raised the questions of whether YouTube was “putting profit before people,” it would appear that YouTube had few qualms with continuing to facilitate Paul’s profit.  It should be noted that Paul is still extremely active on the YouTube platform and even held a pay-per-view boxing event against a British YouTube Star known as KSI recently. YouTube facilitated the pay-per-view match as a payment processor and livestreamed the event.

It would appear that Google has no problem censoring those that they disagree with politically, such as PragerU — an issue that Breitbart News has reported on and many online political commentators have complained about for some time, but others, such as Paul, are given a pass — despite being listed by the company as a reason censorship is needed.