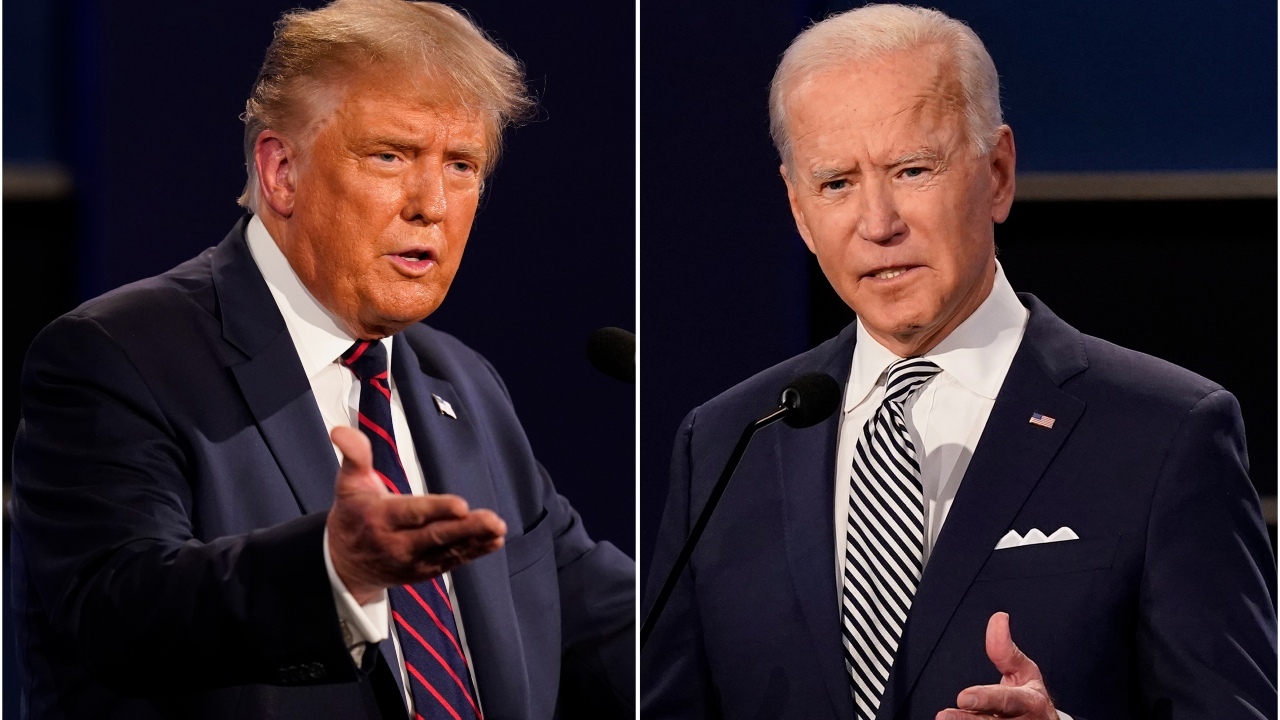 The presidential debate on Thursday will give voters their final opportunity to compare President Trump and Democratic nominee Joe Biden side-by-side during an event that offers up both opportunities and pitfalls for the candidates with less than two weeks to go before Election Day.

The debate comes as controversy swirls around each candidate — and even the debate itself — and as Congress is still in session negotiating an economic stimulus measure for the continuing coronavirus pandemic and pushing a Supreme Court nominee across the finish line.

It also happens less than two weeks ahead of an Election Day that could possibly see results delayed due to the increased reliance on mail-in ballots nationwide because of the pandemic. Both sides have been gearing up teams of lawyers to fight legal battles over ballots that could even make their way up to the Supreme Court.

Biden has framed the presidential election as “a battle for the soul of this nation,” while Trump has said the race comes down to a choice between “the American Dream” and a “socialist hellhole.” Both men have also gone on the attack, with Trump calling Biden’s family “a criminal enterprise” and Biden saying the president is “a national embarrassment.”

HOW TO WATCH THE FINAL PRESIDENTIAL DEBATE

With less than two weeks left in the 2020 presidential election cycle, here’s what to know about the final presidential debate:

An opportunity to change a campaign’s momentum?

There are a number of inflection points during a presidential campaign that have the potential to swing momentum one way or the other. The conventions for each party can do that. So can the first presidential debate, which is often dangerous for an incumbent who is facing a challenger fresh off several primary debates. And October surprises, of course, have that potential as well.

But barring a major surprise in the next 12 days, this face-to-face meeting between Biden and Trump will be perhaps the final opportunity for either candidate to significantly change the momentum of this race.

Trump, who is trailing in the polls, could make it close with a decisive debate win. Or Biden, who is leading, could increase his odds of victory even further with a dominant performance. Major gaffes or poor performances from either candidate, of course, could have the opposite effect.

Trump likely to bring up the Hunter Biden email reports

Trump campaign adviser Jason Miller said on Monday that Trump is likely to mention reports by the New York Post on Joe Biden’s son, Hunter Biden, if Welker does not bring it up.

“If Kristen Welker, the moderator, doesn’t bring it up, I think you’re pretty safe to assume that the president will,” Miller said on “Mornings with Maria.” “Again, these are real simple questions.”

Joe Biden calls the reports a “smear campaign” and the Biden campaign has said that it reviewed Biden’s “official schedules from the time and no meeting, as alleged by the New York Post, ever took place.”

The Supreme Court is not a topic

The Senate is set to confirm Supreme Court nominee Amy Coney Barrett on Monday. The Senate Judiciary Committee has a vote scheduled to report Barrett to the full Senate Thursday afternoon just hours before the debate starts. Biden and Sen. Kamala Harris, Biden’s running mate, have yet to say whether or not they would pack the Supreme Court if elected.

But the Supreme Court is not one of the topics, which are subject to change based on new developments that are set to be discussed during the debate.

FINAL PRESIDENTIAL DEBATE: HERE’S WHAT WILL BE DIFFERENT

The topics for the debate are: Fighting COVID-19; American Families; Race in America; Climate Change; National Security; and Leadership. The topics were selected by Welker.

It is likely that Trump will bring up the Supreme Court topic himself, however, just as his campaign indicated, he will likely mention the Hunter Biden email story.

Candidates will have their mics muted at certain times

After constant interruptions by Trump during the first presidential debate — and some, but far fewer, from Biden — the debate commission announced that it would modify how it will enforce the rules both candidates agreed to before the debates began.

Each candidate is afforded two uninterrupted minutes to speak at the beginning of each 15-minute topic, and on Thursday the microphone for the candidate who is not speaking during that time will be cut. Both candidates’ mics will be open for the rest of each segment, allowing candidates to interject as they go back and forth on the issues. The Commission on Presidential Debates (CPD), in announcing the mic-cutting, emphasized that the mic rule does not effect the overall debate rules.

“Under the agreed upon debate rules, each candidate is to have 2 minutes of uninterrupted time to make remarks at the beginning of each 15-minute segment of the debate,” it said in a statement. “These remarks are to be followed by a period of open discussion. Both campaigns this week again reaffirmed their agreement to the 2-minute, uninterrupted rule.”

The commission also said that if one candidate interrupts the other disproportionately, “time taken up during any interruptions will be returned to the other candidate.”

The cancellation of the Oct. 15 debate

Three presidential debates were originally planned, but the second one was canceled, making the October 22 debate the second and final of this election.

After Trump was diagnosed with the coronavirus, the CPD announced that what was then scheduled to be the second presidential debate would happen virtually. This also happened amid backlash against Trump’s team for violating debate hall rules at the first debate and not wearing masks.

Trump said that he would refuse to participate in a virtual debate and both candidates eventually scheduled dueling town halls in lieu of a debate.

Because the final presidential debate is traditionally about foreign policy, Trump and his team loudly objected to the fact that only 15 minutes of the Thursday debate will be dedicated to national security.

But there was no such agreement made and the topics are left up to the discretion of the moderators without limits.

Tens of millions have already voted

With the expanded use of early voting and mail balloting in this presidential election, as of Wednesday morning, nearly 38 million Americans already voted. Texas and Vermont have already reached over 50% of their 2016 voter turnouts and New Jersey, Georgia, New Mexico and Montana each are over 40%.

This means that there will be fewer voters left to be swayed by the Thursday debate, no matter how it goes.