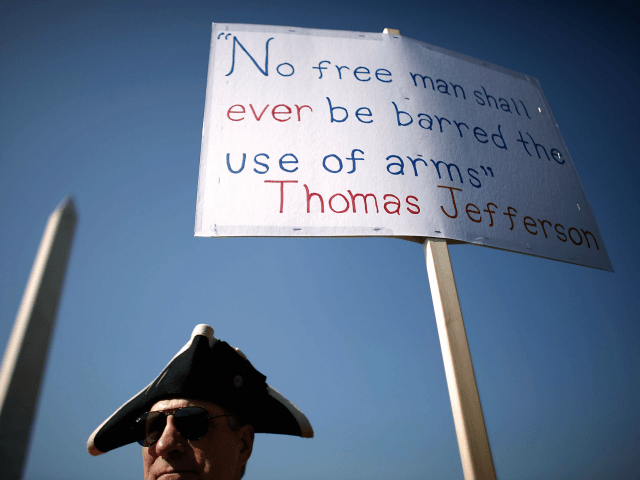 California’s newest gun controls demonstrate the insidious nature of red flag laws and the danger they pose to the Second Amendment.

In other words, a red flag law–i.e., gun confiscation orders–can be put in place with ubiquitous focus on limit and meager use, only later to be expanded to open the door to broader and more frequent confiscations.

On October 1, 2014, Breitbart News reported that Gov. Jerry Brown signed California’s red flag law into place. That law, dubbed a “Gun Violence Restraining Order,” allowed families to petition a court for the seizure of guns from a family member, and then empowers police to confiscate firearms from that family member.

The red flag law took effect in 2016 and on September 21, 2018, Breitbart News reported that the confiscation orders were rarely used. Family members were hesitate to turn in family or, in some cases, perhaps did not know about the orders. The Los Angeles Times reported that Los Angeles City Atty. Mike Feuer praised the red flag law and was convinced a public campaign could encourage more people to pursue such orders against family members.

California’s Democrat lawmakers adopted the adjusting the law to make it easier to get an order to confiscate guns from an individual. On September 29, 2018, Reuters reported that Gov. Brown signed the changes “[making] it easier for family members and police to take firearms and ammunition away from people.”

But the expansion of Gun Violence Restraining Orders was not over. On January 1, 2019, the order itself was expanded to include ammunition and certain firearm accessories.