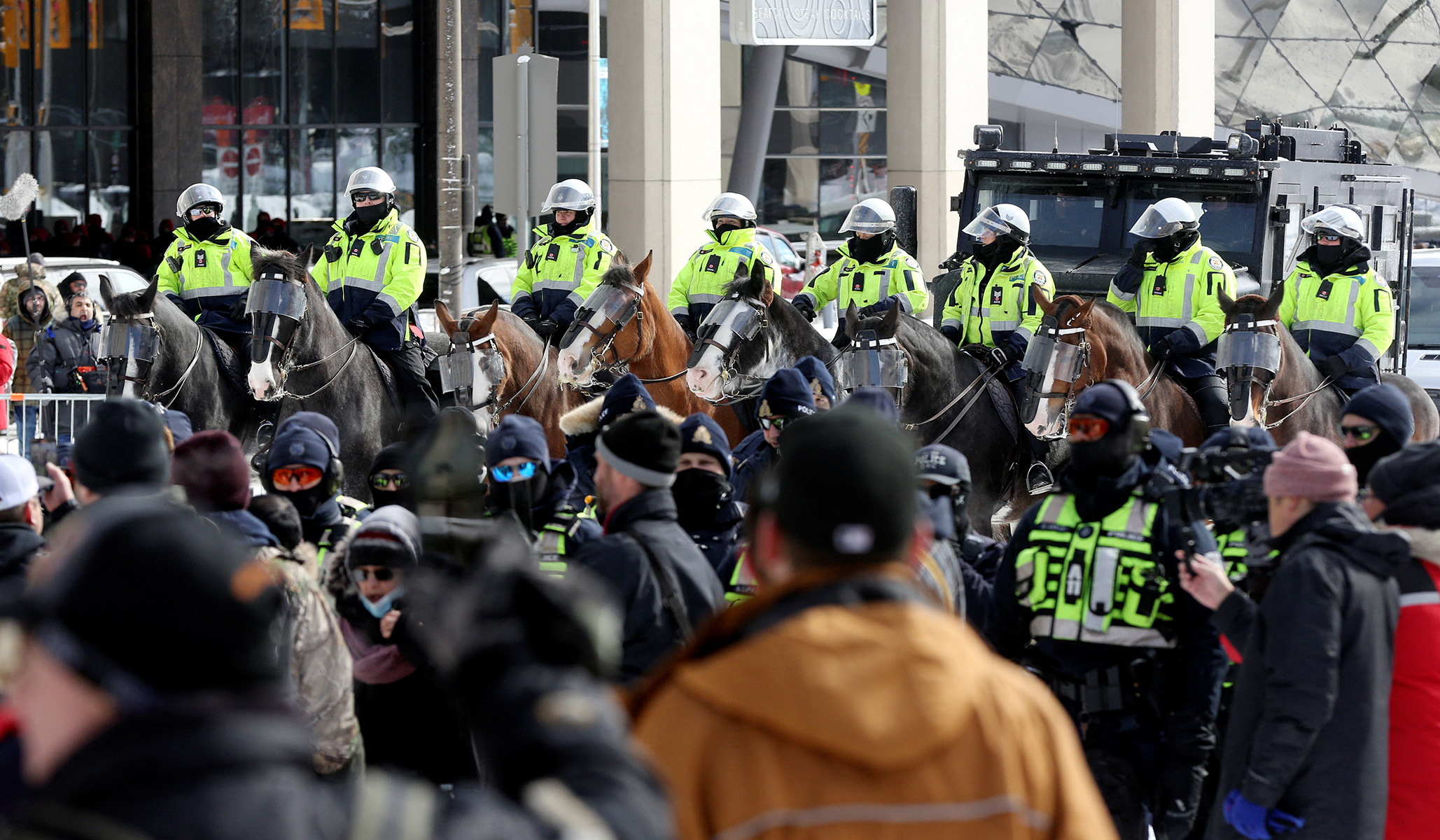 Ottawa – Tensions are running high in Ottawa as hundreds of police officers in riot gear make a coordinated push to dismantle the trucker convoy that arrived in the city in late January. Police arrested at least two leading organizers of the convoy, Tamara Lich and Chris Barber, on Thursday night. But today, law-enforcement officers are engaged in a much larger-scale action, surrounding the encampments and methodically moving in to make arrests and disperse protesters, and even positioning armed officers on nearby roofs. It’s by far the most aggressive show of state force against the convoy to date.