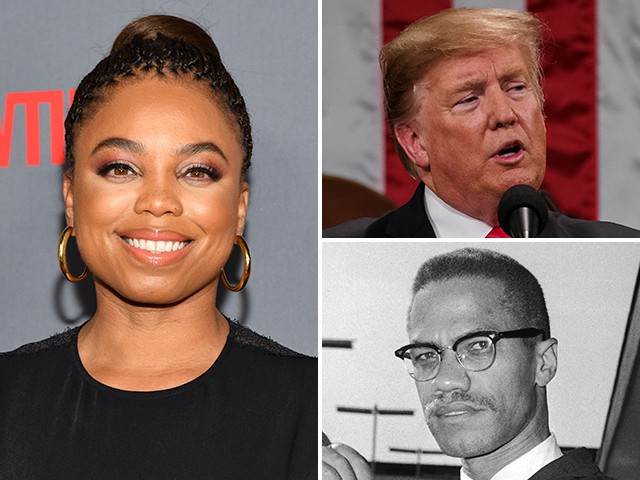 Hill, a far-leftist who despises Trump and has falsely labeled the president a “white supremacist,” alluded to the assassination of Malcolm X, who was gunned down in front of his supporters and family while preparing to give a speech at the Audubon Ballroom in 1965.

“[P]lease let @AOC yell out ‘whose mans is this,’” actor Desus Nice posted on Twitter.

Nah, she gotta yell: GETCHO HAND OUT MY POCKET https://t.co/Yi2xYOx00U

The”GETCHO HAND OUT MY POCKET” quote refers to the last words Malcolm X probably heard before he was gunned down.

In February 1965, as Malcolm X stood before about 400 people for a Manhattan speech, a man in the crowd yelled, “Get your hand out my pocket!” in an apparent attempt to create a diversion. While Malcolm X’s bodyguards approached the man who yelled, three other men charged the stage, firing a sawed-off shotgun and handguns. Malcolm X died of 21 gunshot wounds.

The reference was not lost on Hill’s 1.1 million Twitter followers, many of whom enjoyed it:

Yoooo, this is borderline. You might have some black suits knocking at your door this morning 😂

Maybe the @SecretService should pay you a visit, and give you something to really complain about.

I was gonna say “be careful” but, a. I ain’t the one to tell you what to do, and, b. None of these fools would get the reference.