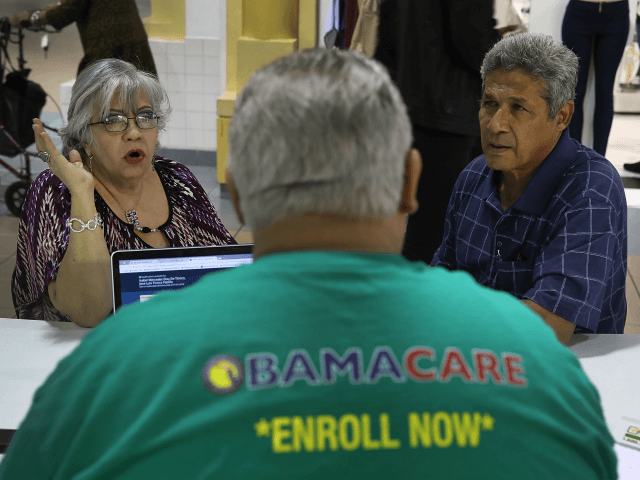 While President Donald Trump has managed to stabilize the cost of Obamacare, Americans continue to search for more suitable alternatives.

Here are some suitable alternatives to Obamacare.

President Trump expanded short-term limited-duration health plans through executive orders in October 2017, extending the coverage from three months to 364 days, and allowing Americans to renew short-term plans for up to three years.

Under former President Barack Obama, the Department of Health and Human Services (HHS) limited the term of short-term insurance to encourage Americans to purchase Obamacare instead, often requiring younger and healthier citizens to pay for older and sicklier Americans.

Short-term plans often cost less than Obamacare plans because they do not have to comply with all of Obamacare’s insurance regulations, also known as Essential Health Benefits (EHBs). Some health insurers will not cover Americans with pre-existing conditions.

Americans thinking about purchasing short-term health insurance will often pay a lower average monthly premium, although they will likely have a relatively high deductible, meaning that they will spend more out-of-pocket when visiting the doctor.

Badger added that short-term plans were “offering a lifeboat enabling them to escape Obamacare’s sinking ship.”

“Democrats are literally trying to stop Republicans from expanding consumer protections because they would rather protect Obamacare,” the Cato scholar wrote.

President Trump also expanded Association through the October 2017 executive orders. The Trump administration rule on AHPs allows small businesses to join together and benefit from the regulatory advantages that many large companies experience under health insurance rules. AHPs can serve employees in a city, county, state, or a particular industry across the nation.

A study from Avalere Health found that Americans would experience drastically lower health premiums through AHPs compared to Obamacare. AHPs would be roughly $2,900 lower per year compared to the small-group market and $9,700 lower per year compared to the individual market. Avalere cites that the lower average premiums in AHPs mostly result from a healthier insurance pool due to “risk selection” and less generous offerings. The Avalere research found that as many as 3.2 million Americans could leave Obamacare for AHPs.

The dairy company created an AHP, or a self-insured multi-state insurance pool, for farmers who work within the company’s network. The AHP includes both co-ops and individual farmers across Minnesota and Nebraska.

In other words, thanks to Trump’s executive actions on health care, Land O’ Lakes can expand insurance coverage to more of their employees, offer less expensive plans that have broad network coverage, while at the same time protecting employees with pre-existing conditions.

Land O’ Lakes’ creation of the first AHP could serve as a model for other companies and industries to create their own AHPs, which would offer Americans less expensive health insurance options compared to Obamacare.
AHPs serve as an excellent option for businesses and associations that wish to offer their employees and their members health insurance, even if they do not have the resources of a large corporation. However, Americans who do not have the option of choosing an AHP through their employer may want to consider either a short-term health plan or a health sharing ministry.

Health care sharing ministries serve as a health insurance alternative that covers members who share a religious belief, typically Christian, who make monthly payments to cover expenses of every member. The Affordable Care Act (ACA) provided a religious exemption to religious groups so that they do not have to comply with many of Obamacare’s insurance regulations.

Due to their religious Obamacare exemption, Americans who wish to join an HCSM will have to prove that they belong to and or regularly attend a Christian organization.

Americans with HCSMs pay out-of-pocket for medical expenses, and the HCSM will reimburse the patient for their medical costs. HCSMs will compensate patients after they pay an annual unshared amount, which acts similarly to a health insurance deductible.

For example, a single patient under the age of 30 with Liberty Health Share will pay a monthly shared amount of $249, to which the group will reimburse them up to $1,000,000 per medical incident.

Because many HCSMs often do not cover many pre-existing conditions, health care sharing ministries may serve as a more attractive option for healthier Americans who do not wish to pay higher premiums to subsidize other Americans’ more expensive health costs.

Physician practices described as direct primary care have sprung up across the country during the past decade. Membership-based medicine practices have patients pay a monthly or annual membership fee, instead of insurance, for a contracted bundle of services, which often includes doctor visits, certain services, discounted medications, and lab tests.

Patients who use direct primary care often note that doctors have more time to work through their health care experience.

David Coupe, a 47-year-old Illinois man, said, “When you take (insurance) out of the equation, it’s like, wow, the doctor actually has time to spend with you and answer questions and give you care.”

Coupe and his wife, Danielle, paid about $140 a month for their contracted bundle of services with Dr. Jill Green’s Illinois-based direct primary care practice MedLogic.

Direct primary care practices will cover most medical expenses, treatments, and medications. However, some analysts suggest that Americans should pick up some form of insurance to cover more expensive medical costs such as hospital visits or surgeries in case of emergencies.
Overall, a patient’s average medical expenses should be less than Obamacare due to the more transparent cost and increased attention one receives from their direct primary care doctor.

Dr. Phillip Eskew, who tracks the direct primary industry, estimated in June that there may be more than 800 direct primary care physicians across the country.

Eskew said he adds roughly 200 new direct primary care practices across the country to each his list each year.

“As long as people care about price and quality, it should keep growing,” Eskew said.

Obamacare may remain expensive for many consumers, and while Obamacare may have put on the backburner in the midst of a House Democrat majority, Americans have many suitable Obamacare alternatives to choose from for their healthcare needs.