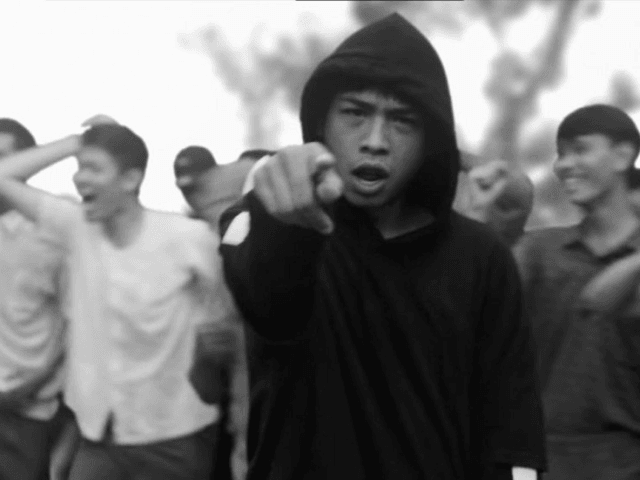 The enormous popularity of a rap song criticizing the Thai military junta suggests the public is growing exasperated with the military takeover. Thailand’s rulers are contemplating a crackdown that could get ugly fast.

Thailand’s government fell to a military coup in 2014 – the 12th coup over the past century – creating an unusual political situation where the junta presented itself as both a representative government and guardians of the nostalgically revered traditional monarchy. There is an elected parliament, but it exists at the indulgence of the junta and is careful not to take actions the generals would disapprove of.

The actual king died a few years later, but his successor was a former soldier who espoused martial virtues and formed a council of military advisers who did a passable impression of a permanent royal court. The coup leader, General Prayuth Chan-ocha, launched a weekly TV show where he held forth on royal philosophy.

The people of Thailand, therefore, got to enjoy domination by both a military dictatorship and absolute monarchy at the same time. Public approval of the junta was difficult to ascertain because criticizing it or making serious efforts to develop political opposition were, and remain, strictly illegal.

The junta began deflecting Western criticism of its appalling human rights record by pretending free elections were perpetually on the horizon. The sudden popularity of a rap song called “What My Country’s Got” (or, in some translations, “What My F**king Country’s Got”) by a group calling itself Rap Against Dictatorship that boldly criticizes the ruling generals suggests that Thais, or at least the younger generation, are tired of waiting for a real vote.

According to the Wall Street Journal, up to a quarter of the Thai population may have watched the music video, although it is difficult to sort out repeat viewings of a video that racked up 18 million views in a single week.

The song includes a good deal of profanity and strongly criticizes the military dictatorship for suppressing free speech and crushing political opposition. As the UK Guardian describes it:

The song’s lyrics, which confront corruption, nepotism, the lack of accountability and transparency, poor healthcare, suppression of freedom of speech and the privileges afforded the rich while the poor suffer, are some of the most forthright criticism of the military government to appear in popular culture since they took power.

The leadership of the new opposition Future Forward Party loves the song, as do many members of the Thai entertainment community and citizens worried about their country sliding behind neighbors like Vietnam and Malaysia. Human rights advocates worry about Thailand being drawn into the axis of authoritarian powers headed by China.

The police are making ominous noises about investigating the musicians for sedition and violating computer crime laws by uploading “false information” to cause a “public panic,” while junta supporters accuse them of lacking patriotism and proper respect for tradition.

General Prayuth, who is still in charge of the junta, criticized the rappers in terms that made free speech and democracy sound like dangerous indulgences Thailand cannot afford: “They claim it’s their right and there should be no limit to freedom, but in the future it’s going to cause trouble for you and your children and your grandchildren. I don’t think we can live in that kind of society.”

The Guardian on Tuesday saw encouraging signs of the police backing off on their threat to arrest the rappers, and even endorsing freedom of speech in a remarkable reversal of authoritarian policy. The Guardian cited speculation the junta really will permit elections in February and plans to run as a more-or-less normal political party, so it did not wish to risk strong public disapproval by cracking down on the musicians.

“This song could lead to the opening of the floodgates of popular dissent. It absolutely spells trouble for the military,” predicted Thitinan Pongsudhirak of Chulalongkorn University.

Since forming opposition political parties is now legal but actually campaigning against the junta is not, the military still has a heavy thumb on the electoral scales. The sight of liberty becoming viral again for a change, after years of authoritarianism worming its way into free societies through the Internet, is nonetheless refreshing.