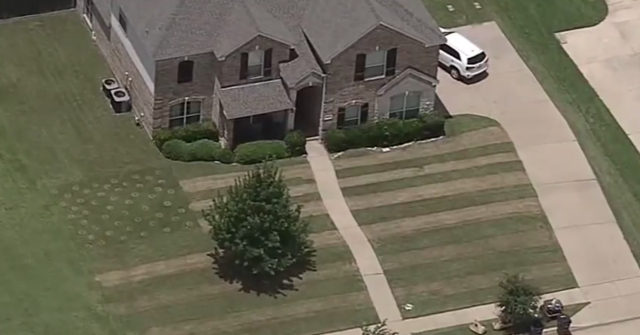 A Texas teenager mowed an American flag into his front lawn on Monday as a special tribute to a fallen soldier and a friend.

Cameron James, 17, told NBC DFW that one of his friends who served in the Army was killed on duty in Arizona last week, and he wanted to do something to honor his legacy.

James then got the idea to mow an American flag into his home’s lawn on Monday, as it would be timely for the Fourth of July holiday, KETK reported.

“Our mower has different settings, so I just changed the settings so the grass would be different lengths for the stripes,” said James.

The 17-year-old used a lawn mower for the stripes and a weed whacker to create the 50 stars in the flag’s left corner. The job took him four hours, but James said it was worth it.