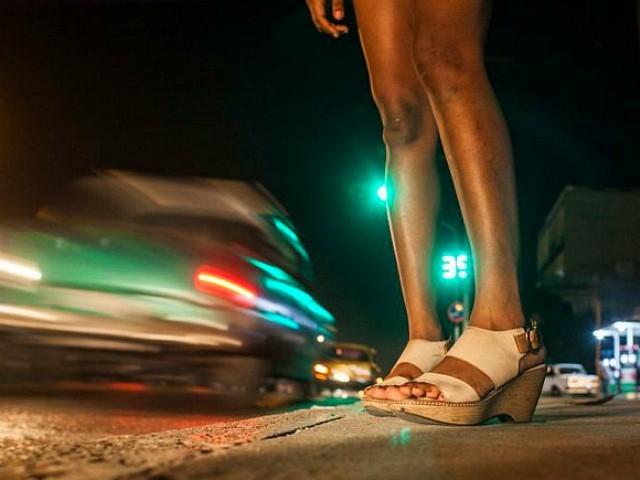 A woman, recently accused of operating a mother-son prostitution ring, was indicted this week after trying to sell at least 20 girls for sex to undercover officers, say federal authorities.

Helen Kim, 58, named as the alleged proprietor of the illicit enterprise operating in North Texas, purportedly coordinated the sale of these women for sex. A federal grand jury indicted her Wednesday on racketeering charges.

More than 50 officers from the Dallas Police Department, the Texas Department of Public Safety, and Homeland Security Investigations participated in the sting. They posed as out-of-town businessmen in a Dallas hotel bar and upstairs rooms who were “prepared to pay for illicit sex.” They said they discussed purchasing the services of sex workers from Daniel Mendoza, Jr., 36, and his mother, Kim.

“It takes a lot of coordination to ensure an operation like this goes without a hitch,” said U.S. Attorney for the Northern District of Texas Erin Nealy Cox in a press release. “The defendant’s willingness to demean women for financial gain is sickening. We cannot and will not allow this type of behavior to go unchecked in North Texas.”

The complaint, filed on October 30, stated that a confidential informant allegedly met with Mendoza at an Irving eatery on September 14 to discuss procuring roughly 20 “girls” for a night, according to the Fort Worth Star-Telegram. The court document did not list the ages of the women involved and only referred to them as “girls.” During this meeting, the informant and Mendoza discussed prices ranges and terms of the potential transaction.

Then, on September 20, the informant and an undercover Dallas Police Department detective met with Kim and Mendoza where they purportedly negotiated a deal for private sexual liaisons with approximately 20 sex workers at a rate of $2,000 each, totaling at least $40,000, according to the press release. The mother-son team allegedly promised the “girlfriend experience.” According to the complaint, “the girlfriend experience in the commercial sex realm refers to sex without a condom, and that kissing is allowed during the commercial sex encounter.”

Kim and Mendoza also allowed the undercover agents to meet several of the women at a local sushi bar, according to the press release.

During a different conversation at an area Starbucks, Kim allegedly accepted an upfront payment of $5,000. The U.S. Attorney’s office indicated that Kim “insisted the men should not talk publicly about the affair.”

Mendoza also allegedly told an undercover detective, “The way this is set up, it could be considered human trafficking.”

On November 1, Kim accepted the remainder of the cash, paid in marked bills. Shortly thereafter, federal agents arrested her. According to the U.S. Attorney’s office, detectives took several of the sex workers to Mosaic House, a Dallas-based shelter for women. It provides safe emergency housing for women and children fleeing domestic violence and human trafficking. Many of these “girls” had been living at Pink One and Illusion, Kim’s purported local “spas” where the women were “impelled to cater to customers at all times of the day and night.”

On November 2, Kim and Mendoza made their first court appearances, charged with using a facility for interstate commerce to promote a business enterprise for prostitution.

Kim faces up to five years in federal prison, if convicted. Prosecutors seized assets from her home and massage parlors.