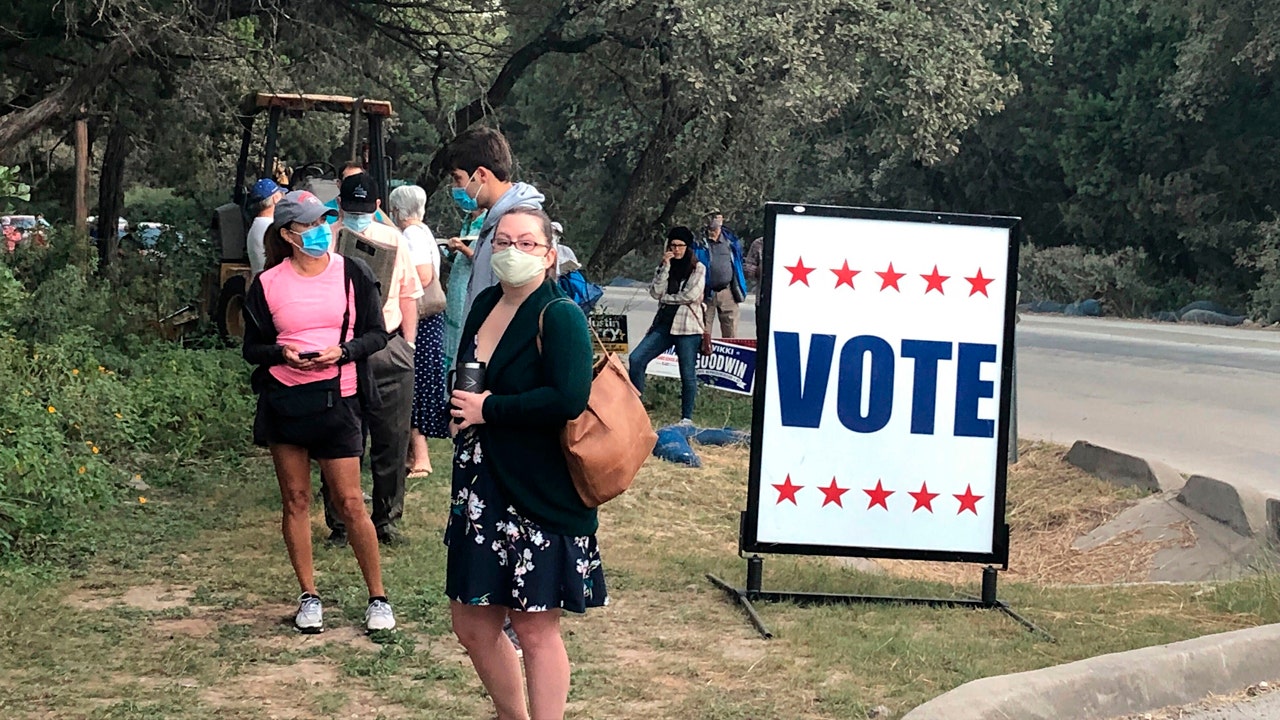 Texas is leading the country in early voting totals, with more than 4 million ballots already cast as of Tuesday.

The Lone Star State has already topped 4.6 million votes with more weeks of voting still to come, according to the U.S. Elections Project, a turnout-tracking database run by University of Florida political scientist Michael McDonald. That represents more than 50% of the nearly 9 million ballots counted during the 2016 presidential election.

Texas is widely expected to shatter voting records during the election, after nearly 17 million people registered to vote in the state this year — an increase of nearly 2 million from four years ago, according to the Texas secretary of state.

Early voting in Texas started on Tuesday, Oct. 13 and runs through Oct. 30. Election Day is Nov. 3.

California, the only state with a bigger population than Texas, began early voting on Oct. 5 and has counted close to 4 million votes as of Tuesday. Early voting in Texas runs through Nov. 2.

In Florida, the third most populous state, nearly 3 million votes have been cast. The state began early voting on Monday.

Who early voting benefits in the state remains unclear, but the Texas Democratic Party cheered the news as evidence the state could be in play this fall.

“Across our state, Texas Democrats are fired up, voting, and ready to win,” said Gilberto Hinojosa, the party’s chair. “The first day of early voting was great but we still know that there is a lot of work to do and plenty of votes to be cast.”

According to an aggregate of polls from RealClearPolitics, President Trump is leading Democratic presidential nominee Joe Biden by 4.4 percentage points in Texas.

Texas has not voted to elect a Democratic president since 1976, when Jimmy Carter beat incumbent President Gerald Ford by more than 3 percentage points in the aftermath of the Watergate scandal.

The nonpartisan Cook Political Report categorizes Texas as “lean Republican” in terms of the presidential election.

With just two weeks to go until Election Day, an unprecedented number of Americans have already cast their ballots, indicating a possible record turnout for the race between Trump and Biden.

More than 34 million Americans have voted in the election so far, according to the U.S. Elections Project’s database, roughly one-quarter of the total number of ballots cast in 2016. By way of comparison, as of Oct. 16, 2016, some 1.4 million Americans had already cast their ballot.

More than 83 million people have requested mail-in ballots this year, the data shows. In 2016, some 57.2 million Americans voted early in person, by mail or via absentee ballot. State election officials in several key swing states have warned it could take days to count all of the votes. All but about a half-dozen states allow some form of early in-person voting.