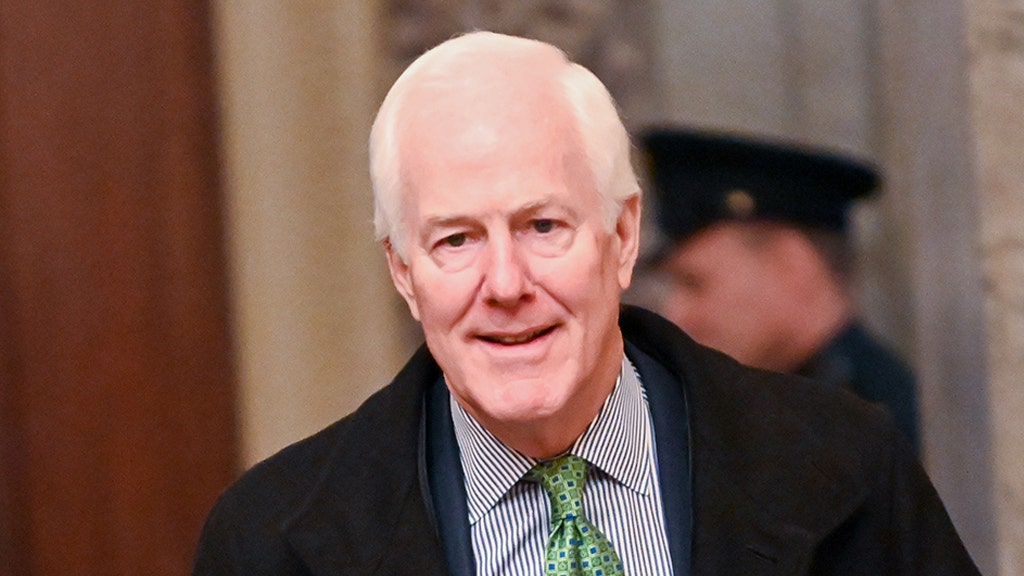 Texas Sen. John Cornyn became the latest GOP senator to distance himself from President Trump this weekend ahead of a surprisingly tight reelection battle.

In an interview with the Fort Worth Star-Telegram editorial board published on Sunday, Cornyn said that he has confronted Trump privately, rather than publicly, on disagreements over issues such as budget deficits and debt, tariffs, trade agreements and border security.

The Texas Republican likened his relationship with Trump to a marriage, saying that he was “maybe like a lot of women who get married and think they’re going to change their spouse, and that doesn’t usually work out very well.”

Cornyn, a high-ranking Republican, is facing a competitive challenge from Democrat MJ Hegar, an Air Force veteran, in a race the non-partisan Cook Political Report has rated as “Lean Republican.”

“I think what we found is that we’re not going to change President Trump,” Cornyn said. “He is who he is. You either love him or hate him, and there’s not much in between.”

He said that he has avoided public confrontations with the president when they have differing views.

“But when I have had differences of opinion, which I have, [I] do that privately,” Cornyn said. “I have found that has allowed me to be much more effective, I believe, than to satisfy those who say I ought to call him out or get into a public fight with him.”

At the beginning of October, Cornyn said that Trump had “let his guard down” on the coronavirus pandemic and accused him of getting “out over his skis” on reopening the nation’s economy.

“I applaud him for standing up to China but, frankly, this idea that China is paying the price and we’re not paying the price here at home is just not true,” Cornyn told the Fort Worth Star-Telegram.

Cornyn also described himself as a “very much a defense hawk,” and said that he’d opposed Trump’s plan to reallocate money from the defense budget to build portions of a border wall between the U.S. and Mexico. (He voted against a measure that would have blocked Trump’s efforts to redistribute the money.)

A growing number of Republicans have highlighted their disagreements with the president in recent weeks. During an October debate against Mark Kelly, Arizona Sen. Martha McSally repeatedly evaded a question about whether she was proud to support Trump.

And last week, the Washington Examiner obtained audio of Nebraska Sen. Ben Sasse allegedly ripping the president during a conference call with constituents, accusing Trump of “kissing dictators’ butts” and saying he “sells out our allies” and “flirts with white supremacists.”

Republicans are fighting to hold a slim 53-47 majority in the Senate as Democrats target several GOP-held seats they believe are competitive. In order to take back the Senate, Democrats would need to pick up three additional seats and win the White House.

Republicans are hoping to win back the Alabama seat held by Democratic incumbent Sen. Doug Jones, who is considered to be one of the most vulnerable senators. But Democrats are going after Republican senators in a growing number of states, including Texas, Georgia, Iowa, Maine, Montana and South Carolina.