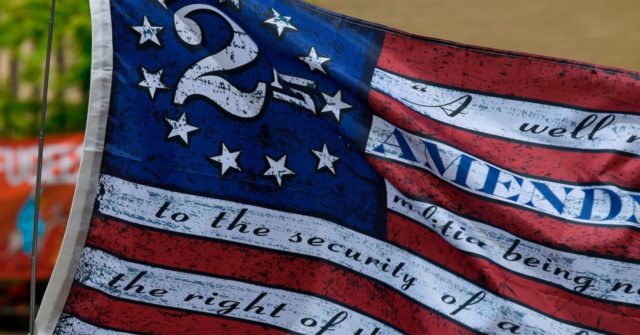 NBC DFW quotes a portion of the “Second Amendment Sanctuary” resolution, which states, “Commissioners Court affirms its support for the duly elected Sheriff of Hood County, Texas, in the exercise of his sound discretion, and affirms its resolve to support decisions by our Sheriff to not enforce any unconstitutional firearms restrictions against any citizen.”

Hood County resident Rick Palmer voiced support for the resolution: “I look at my handguns, my rifles in my safe, they don’t jump out and shoot nobody.” Palmer went on to suggest there could be war if the government ever makes a serious attempt at taking away firearms.

On September 12, 2019, Democrat presidential hopeful Robert “Beto” O’Rourke said, “Hell yes, we’re going to take your AR-15.” On September 13 O’Rourke made clear that his confiscatory plan for AR-15s would be “mandatory,” not voluntary.

The National Shooting Sports Foundation reports there are 16 million-plus privately owned AR-15s in the U.S.