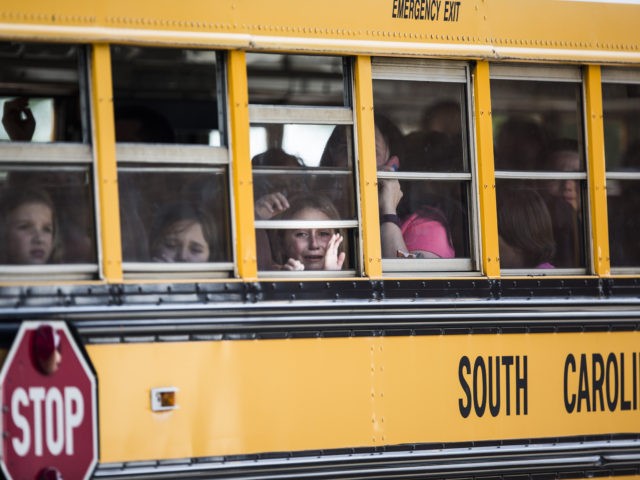 Emotions ran high this week at a South Texas border school district where parents protested in response to a viral social media post that accused administrators of bungling the alleged sexual assault of a five-year-old girl by a 14-year-old boy during the last school year.

Reportedly, around 50 parents demonstrated outside the La Joya Independent School District office Monday over what many called a lack of transparency and justice for the purported victim at Tabasco Elementary.

The uproar initially erupted after a woman, who identified as the mother of the alleged victim, posted on Facebook Friday. She accused a 14-year-old male student “mentor” of luring her five-year-old daughter into the boys’ bathroom and raping the child in April, according to the Progress Times. She claimed the school district swept the matter under the rug:

No parents were notified, this could’ve occurred to potentially anyones [sic] child in that school. After the incident, everyone turned their backs on my daughter no school counseling was offered nothing it was as if my daughter never existed.

She also voiced outrage the purported student perpetrator only received one year of probation as punishment.

Quickly, the post went viral, generating an outcry from school district parents. On Sunday, La Joya ISD responded in a statement. Officials confirmed an incident occurred between two minor students at Tabasco Elementary on April 26, 2018. However, they said “state and federal confidentiality regulations, the age of the parties involved, and the nature of the allegations” prohibited them from commenting further.

Then, on Monday, La Joya ISD officials held a press conference amid the muffled shouts of protesters outside their administrative building. Officials attempted to restore calm to a rattled community.

La Joya ISD spokeswoman Liliana Salgado said, “We’re taking the time to address the situation because, first and foremost, we care about our students.” She continued, “We are sensitive to the high emotions that the situation has provoked and the fear that is being spread.”

School District Police Chief Raul Gonzalez then spoke. He implored parents “to act responsibly, to refrain from spreading falsehoods and misinformation and to understand that nothing has been hidden and nothing has been covered up.”

Gonzalez clarified that, in April, the matter “was referred to the appropriate law enforcement agencies and was, at that point, out of the hands of the school district.”He said the “judicial process took its course and we have learned the case has been resolved.”

The police chief countered one of the Facebook post’s allegations, saying La Joya ISD offered counseling to the alleged victim but the family denied the services and withdrew the student from La Joya ISD. He reiterated that state and federal privacy guidelines precluded him from disclosing specific information.

“The people who needed to be notified were notified,” said Gonzalez. “There is misinformation that we did not notify people regarding this particular case.”

During the press conference, Gonzalez said Tabasco Elementary’s principal decided to stop the VYP this year, although the program continued on the district’s other campuses. However, on Tuesday, La Joya ISD announced it would suspend the program indefinitely districtwide.

It remains unclear what prompted the alleged victim’s mother to post about the case Friday.

La Joya ISD is located along the U.S.-Mexico Border in Hidalgo County. In 2016, the city of La Joya had nearly 4,300 residents. Last year, the school district enrolled more than 28,700 students, serving families from across the Rio Grande Valley.