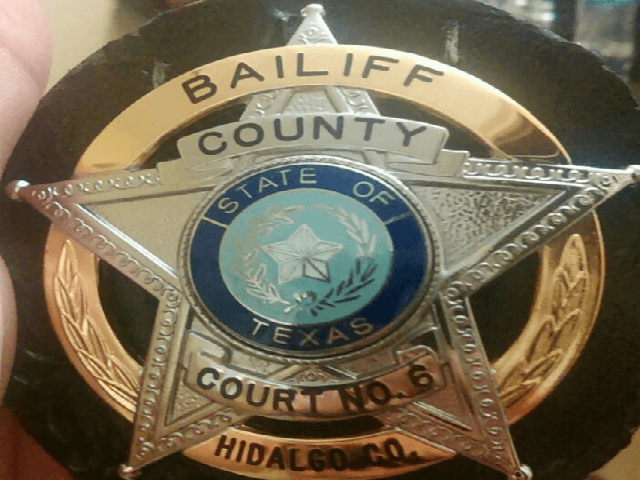 MCALLEN, Texas – An ex-bailiff for a Texas county judge pleaded guilty to drug conspiracy charges for his role in helping a violent gang with ties to Mexico’s Gulf Cartel. The Texas lawman is facing a possible sentence of life in prison for his role in forging court documents and leaking sensitive law enforcement information to the criminal organization.

Last week, former Hidalgo County Court #6 bailiff Oscar De La Cruz pleaded guilty to one count of drug conspiracy before U.S. District Judge Dorina Ramos. His sentencing hearing is set for March 20 and remains out on bond. As Breitbart News reported in May 2018, Oscar De La Cruz was initially arrested by FBI agents following an investigation into claims from an informant about paying a cop for fake police documents regarding drug seizures. De La Cruz will be sentenced by the same judge whose signature he forged for cartel-linked gang members. In South Texas, drug smugglers and corrupt cops previously staged fake seizures or used forged documents to fool cartels into believing that their drug loads were seized when in fact, they were stolen.

De La Cruz was one of the more than 20 men named in a multi-count indictment targeting a drug trafficking organization. According to information first published by Dave Hendricks from the Progress Times, De La Cruz worked for a gang called “Los Mickys,” a group with deep ties to the Gulf Cartel. Los Mickys was led by Jose Miguel “El Mickey” Montemayor and the two brothers, Macrin “El Filtro” Marin Cerda and Miguel “El Tigre” Marin Cerda. The various members of the gang were tied to the Gulf Cartel but also worked as a rip-crew by stealing drugs from other smugglers in order to sell them on the side.

Los Mickys are tied to numerous armed home invasions, searching for drugs and cash to steal. The group was linked to a June 2017 break-in in McAllen where they raided the wrong house and held an innocent family at gunpoint. The gang was also connected to a 2010 case in Edinburg that led to a high-speed chase when a gunman from Los Mickys crashed against another vehicle–killing three innocent victims.

Hidalgo Court Bailiff by on Scribd