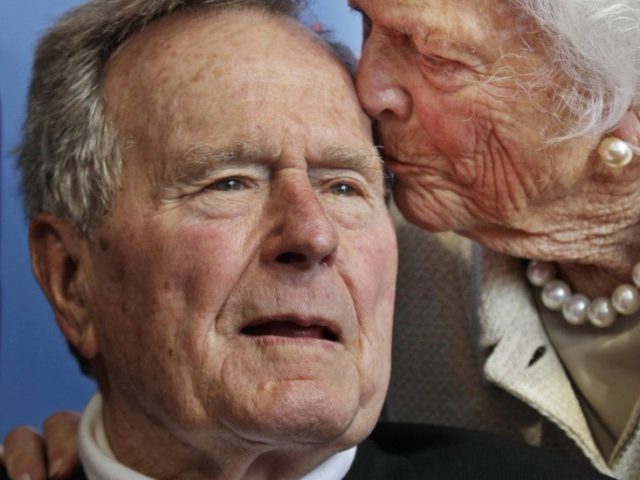 Students at Texas A&M University— the university which houses the George Bush Presidential Library and Museum— created a “thousand points of light” candlelight vigil tribute for the late 41st President of the United States.

Many remember former President George H.W. Bush for encouraging the nation to be a “thousand points of light” in his call for Americans to be more involved in public service. President Trump even mentioned the phrase in his tribute to the 41st president.

Decades later, nearly 70 Aggies— most of whom were not alive when the elder Bush served as president— paid tribute to the late 41st president at the candlelight vigil Friday night into Saturday morning at the Presidential Pond by the George Bush Presidential Library and Museum.

“Going to school with him being our namesake is the highest honor that any of us could have,” vigil co-organizer Tiffany Easter told the Battalion, Texas A&M’s student newspaper, “and to walk out of here learning about the legacy that he left as a public servant is an honor.”

“All the times I had gone through the library just kind of flashed through my head,” student Chris Huser told the Batallion. “I just thought to come here. It was almost instinctual.”

The elder Bush’s wife, Barbara, is buried in a plot at the George Bush Presidential Library at Texas A&M. The plot is near a creek where the couple’s three-year-old daughter Robin is buried. Robin died in 1953 from leukemia.

The 41st president— who died Friday evening at the age of 94— is also slated to be buried at the library with his wife and daughter.