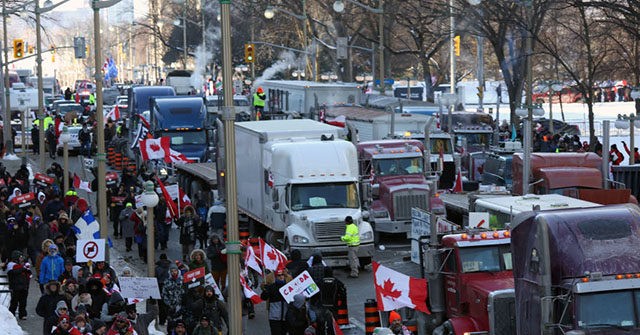 Texas Attorney General Ken Paxton (R) announced Wednesday that his officer has opened an investigation into GoFundMe following the crowdfunding platform’s decision to shut down a fundraising effort aimed at assisting the “Freedom Convey” in Canada.

Paxton said that he issued a Civil Investigative Demands (CIDs) to GoFundMe to review possible breaches or violations of the Texas Deceptive Trade Practices Act (DTPA) after it closed nearly $10-million fundraising campaign for the “Freedom Convoy,” which have protested in Ottawa and other major Canadian cities against the country’s coronavirus vaccine mandates Initially, GoFundMe planned to re-direct the funds to other charities, but opted to refund the donations amid fierce backlash from conservatives.

Paxton said in a statement:

GoFundMe’s response to an anti-mandate, pro-liberty movement should ring alarm bells to anyone using the donation platform and, more broadly, any American wanting to protect their constitutional rights. Many Texans donated to this worthy cause. I am acting to protect Texas consumers so that they know where their hard-earned money is going, rather than allowing GoFundMe to divert money to another cause without the consent of Texas citizens. I will get to the bottom of this deceitful action.

Paxton isn’t the only high-profile Texas Republican who has sought clarity on GoFundMe’s decisions regarding the campaign supporting the “Freedom Convoy.”

Sen. Ted Cruz (R-TX) has asked the Federal Trade Commission (FTC) to launch an investigation into the platform for potential wrongdoing.

“It is theft on the part of GoFundMe. The Canadian truckers are heroes, patriots, and they are marching for your freedom and for my freedom. Those truck drivers, god bless them, that are defending Canada, are defending America as well. That is courage on display,” Cruz told Fox News. “I sent a letter to the Federal Trade Commission (FTC) asking that the FTC open an investigation into GoFundMe into whether they’ve committed deceptive trade practices. Because when people gave money, they gave money under the promise it would go to the Freedom Convoy, not to whatever left-wing political ideology GoFundMe and other Silicon Valley companies support.”