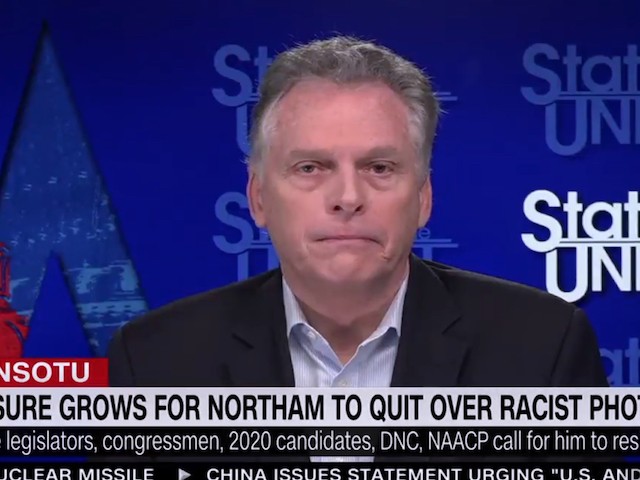 Sunday on CNN’s “State of the Union,” former Gov. Terry McAuliffe (D-VA) said Gov. Ralph Northam (D-VA) was “a good, moral, decent man,” who he predicted will do the right thing and resign over the controversy surrounding a medical school yearbook photo of people in blackface and a Klan robe.

McAuliffe said, “Well, first he said it was Friday night. And if it wasn’t him in the photo, he should have said that on Friday. I have no idea what was going on in the governor’s office on Friday. I just — if you aren’t instinctively, you know if you put black paint on your face. You know if you put a hood on. And so if it isn’t you, you come out with immediately and say this is not me. So I can’t understand what’s going on. But I do know this. Ralph is a good, moral, decent man. And may have made some mistakes in his past. We all have made mistakes. Ralph will do the right thing for the Commonwealth of Virginia. He will put Virginia first.”