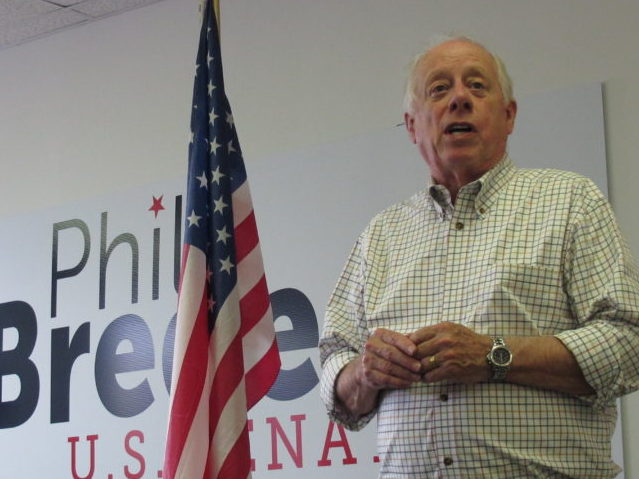 Democrat Phil Bredesen is running for U.S. Senate in Tennessee with a D-rating from the NRA and a campaign built upon pledges of more gun control.

The Chattanooga Times Free Press reports that Bredesen wants universal background checks, which is leftist-speak for outlawing private gun sales. He announced this position in March and cited the February 14, Parkland high school shooting when he did it. What Bredesen did not mention was the fact that the Parkland attacker acquired his gun through a background check at retail, not via a private sale. So Bredesen’s background check gun control would not have done anything to prevent that attack.

Even without the example of California, it is just common sense that universal background checks require a firearm registry in order to be enforceable. How else, save a gun registry, can the government be sure a neighbor is not selling a gun to a neighbor nor a co-worker selling a gun to a fellow employee?

NOTE: When Democrats like Bredesen talk about universal background checks they do not mention the insidious nature of the specific gun control, they do not say that other gun controls may be required to make the checks doable. Rather, they describe it in a way that appeals to emotions and makes listeners feel safe.

Ironically, the NRA-ILA reports that Bredesen supports a “federal gun database.”  In other words, the government would have the name of every gun owner on a list, including information like the serial numbers of each gun owners’ firearms, the location in which the guns are stored, etc. And that is a scenario that historically—including world history—provides tyrants with the tools they need to disarm their citizens, reducing them to the status of subjects.

Marsha Blackburn is the Republican running against Bredesen. She will oppose the gun controls supported by Bredesen and Sens. Chuck Schumer (D-NY) and Dianne Feinstein (D-CA).