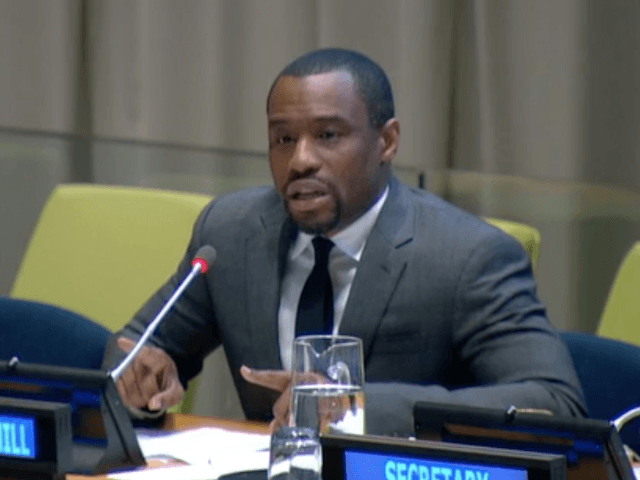 Temple University announced this week that it will not punish Professor Marc Lamont Hill for his recent incendiary comments on Israel.

At the end of November, Temple University Professor Marc Lamont Hill was fired from his position at CNN after he seemingly called for the destruction of the state of Israel.

“So as we stand here on the 70th anniversary of the Universal Declaration of Human Rights and the tragic commemoration of the Nakba, we have an opportunity to not just offer solidarity in words but to commit to political action, grassroots action, local action, and international action that will give us what justice requires. And that is a free Palestine from the river to the sea,” Hill said during remarks at the “U.N. International Day of Solidarity with the Palestinian People.”

This week Temple University, where Hill is employed as a professor, announced that they would not be taking action in response to his remarks at the U.N. event. Even though many contend that Hill’s remarks were anti-Semitic, the university argues now that Hill has subsequently claimed that he rejects anti-Semitism and anti-Semitic violence.

The Board of Trustees did, however, release a statement condemning Hill for his comments. In the statement, the board notes that they are disappointed in Professor Hill for making such offensive remarks.

In giving this speech outside of his role as a teacher and researcher at Temple, Professor Hill was not speaking on behalf of or representing the University. We recognize that Professor Hill’s comments are his own, that his speech as a private individual is entitled to the same Constitutional protection of any other citizen, and that he has through subsequent statements expressly rejected anti-Semitism and anti-Semitic violence.

The members of the Board of Trustees of Temple University — Of The Commonwealth System of Higher Education, in exercise of their own Constitutionally-protected right as citizens to express their views, hereby state their disappointment, displeasure, and disagreement with Professor Hill’s comments, and reaffirm in the strongest possible terms the President’s condemnation of all anti-Semitic, racist or incendiary language, hate speech, calls to violence, or the disparagement of any person or persons based on religion, nationality, race, gender, sexual orientation or identity.

You can watch Marc Lamont Hill’s original comments in the video below.

And here it is, Marc Lamont Hill calling for a “free Palestine from the river to the sea” (video via @bennyavni) pic.twitter.com/E7ugrByKyf