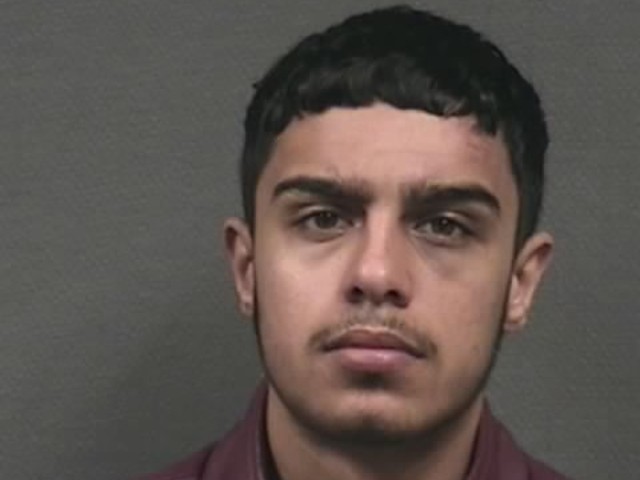 An 18-year-old Syrian national living in Houston, Texas, allegedly shot and killed his 19-year-old friend during a “No Lackin Challenge” video gone wrong.

The “No Lackin Challenge” is a viral challenge in which participants film themselves pulling a gun on others to see if they’re also armed, and how long they take to respond with their own weapon.

According to the Daily Mail, 18-year-old Syrian national Mohamad Alajil allegedly shot his friend, 19-year-old Christian Estes-Johnson, at Johnson’s house in Houston, Texas, last month, after “the pair decided to play a game, in which one person pulls a loaded gun on the other who, in turn, is expected to produce his own loaded gun.”

Examples of the “No Lackin Challenge” can be seen below:

“Police say Alajil pointed a semi-automatic pistol at Estes-Johnson, who trained an AR-15 on Alajil,” the Daily Mail reported, adding, “At some point, Alajil stretched out his arm and the trigger was pulled, causing the pistol to discharge a round that struck Estes-Johnson in the head.”

Alajil then fled the scene, and later told police officers that the shooting was in self-defense, before admitting it was the result of the challenge gone wrong.

Alajil was charged with manslaughter.

Estes-Johnson’s family, however, claimed Alajil, who was already reportedly out on a “$50,000 bond awaiting trial in an aggravated robbery with a deadly weapon case,” had planned to murder his friend, with the victim’s sister Shyra declaring, “I think he should be charged with first degree murder… He planned to come into my house and kill and rob my brother.”

Others have previously fallen victim to the No Lackin Challenge, with one teen being shot in the head in a Memphis diner last year.