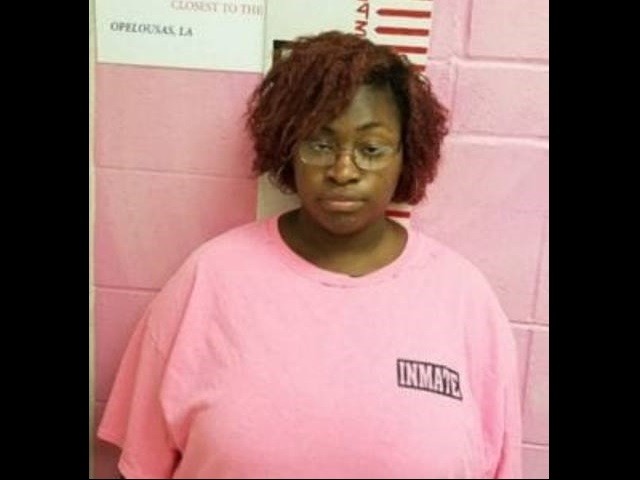 Port Barre police say a 25-year-old Louisiana substitute teacher was caught on camera having sex with a 10th grade male student. The couple allegedly skipped out on a high school pep rally for sex in a classroom.

Constance Robertson, 25, was arrested Monday and charged with felony carnal knowledge of a juvenile for having sex with the 16-year-old Port Barre High School student, according to KATC.

Apparently, the teen recorded their pep rally tryst on his cell phone and, subsequently, shared it with other students. On October 11, school administrators began to hear rumors about the purported sexual misconduct. They reported this information to local law enforcement. The next day, Port Barre police learned about the alleged cell phone sex tape and executed a search warrant for the unidentified juvenile’s cell phone.

“We received his cell phone and, sure enough, there was video of this incident,” said Port Barre Police Chief Deon Boudreaux. He told KATC the alleged sex act took place during a pep rally when most of the students and faculty were in the high school’s gymnasium.

Robertson defended herself by saying she thought the student was 18-years-old and not 16-years-old, according to Boudreaux. Regardless, Louisiana law (R.S. 14:81.4) prohibits sexual interaction between educators and students.

“The thing is, you know, we put our trust in the sanctity of our schools,” said Boudreaux. He called her actions “a choice that she made” which she will be held to account.

The school system confirmed they removed Robertson from working as a substitute teacher in St. Landry Parish Schools and that Port Barre police and the St. Landry Parish Sheriff’s Department continue to investigate the case. School district officials said they will continue to cooperate with their local law enforcement agencies on the alleged sexual encounter but are “unable to comment further” since this is a personnel matter under investigation.

If convicted, Robertson faces up to six months in jail and up to a $1,000 fine. The state recognizes a first time sexual misconduct offense as a misdemeanor and a second or subsequent offense as a felony.  Repeat offenders receive stiffer fines and prison sentences of one to five years. A person found guilty of this crime must register as a sex offender.

Robertson was booked in the Port Barre Jail and held without bond, according to local media outlets.