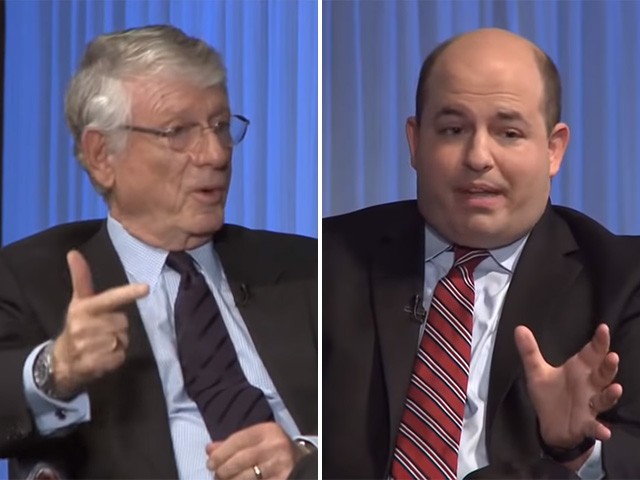 Ted Koppel, a veteran television journalist and once the anchor of ABC’s Nightline, recently told CNN’s Brian Stelter that his network’s ratings “would be in the toilet without Donald Trump,” much to Stelter’s chagrin.

During an event at the National Press Club in Washington, DC, Monday, Koppel told Stelter, “Donald Trump has been very, very good for baseball. He has been wonderful for the industry.”

Video: To consternation of @BrianStelter, Ted Koppel contended during 10/1 Kalb Report @PressClubDC: “You would be lost without @realDonaldTrump. CNN’s ratings would be in the toilet without Trump.” Stelter: “Ted, you know that’s not true. You’re playing for laughs.” #NPCLive pic.twitter.com/XGZl9yNzqh

“Your boss acknowledged as much a number of months ago during the campaign,” Koppel told Stelter, referencing how CNN President Jeff Zucker previously said that Trump’s campaign led to ratings boosts for his network.

“That is–Ted, you know that’s not true,” Stelter objected.

“Hold on just a second–CNN’s ratings would be in the toilet without Donald Trump,” Koppel said.

The two continued to go back and forth, and Stelter said that ratings going up or down doesn’t necessarily matter — a sentiment clearly at odds with Jeff Zucker’s past comments and a recent undercover video where a senior CNN producer said the network is overplaying the “mostly bullsh*t” far-left Russia collusion conspiracy theories for ratings.

Though coverage of Trump previously led to ratings wins for the network, it has not been able to keep its numbers up this year.

CNN has repeatedly posted weekly year-over-year drops in the ratings in 2018.