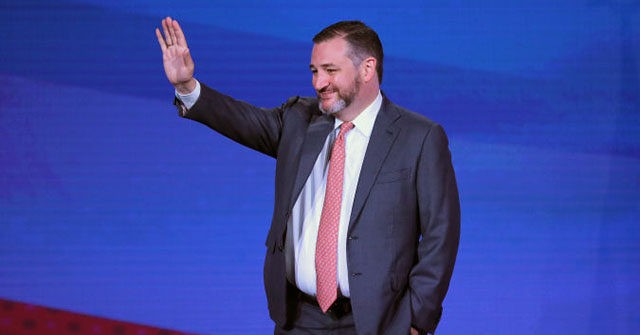 Sen. Ted Cruz (R-TX) told the Christian Science Monitor Thursday that he actively hopes to run for president again in the future.

The Texas senator made an appearance at the Christian Science Monitor breakfast Thursday and spoke to the outlet about his presidential aspirations.

While Cruz had a rocky start with President Trump during the contentious Republican primary race, the two made amends after Trump secured the Republican nomination. Cruz — particularly moved by “six” key issues, including a list of Trump’s potential Supreme Court nominees — officially endorsed Trump two months before the general election.

“After many months of careful consideration, of prayer and searching my own conscience, I have decided that on Election Day, I will vote for the Republican nominee, Donald Trump,” he wrote in a Facebook post in September 2016, citing six “key” policy differences which determined his decision. Those included Obamacare, national security, energy, immigration, Internet freedom, and the Supreme Court.

He wrote in part:

For some time, I have been seeking greater specificity on this issue, and today the Trump campaign provided that, releasing a very strong list of potential Supreme Court nominees — including Sen. Mike Lee, who would make an extraordinary justice — and making an explicit commitment to nominate only from that list. This commitment matters, and it provides a serious reason for voters to choose to support Trump.

“I think that Ted accepted his defeat and realized he had a choice to make — continue the fight or work with Trump and he chose to work with Trump,” Sen. Lindsey Graham (R-SC) explained, according to The Texas Tribune.

Cruz has continued to stand as a prominent conservative voice in the Republican-led Senate, defeating former Democrat challenger Beto O’Rourke, who is currently running for president, in the midterm elections.

“The great thing is, every issue I was fighting for in the presidential campaign is front and center in the Senate,” Cruz told the Monitor.

Cruz has no intention, however, of launching a primary bid against Trump in 2020. To that point, Cruz said that Texas will be close, but he believes Trump will ultimately secure a win in the Lone Star State.

“Texas is a battleground,” he said. “Texas is going to be hotly contested in 2020. I believe the president will win Texas. I think it will be closer than last time.”

“The far left is pissed off. They hate the president and that is a powerful motivator,” Cruz continued. “If the left shows up in massive numbers and everybody else doesn’t, that’s how we end up with an incredibly damaging election.”