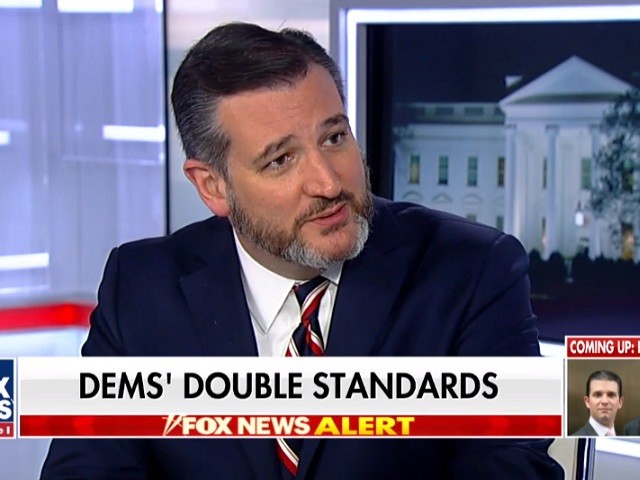 The Texas Republican suggested that moment be set to a horror movie soundtrack as some Democrats had to decide whether to support or oppose the statement.

“I think my favorite moment in the speech was when the president said, ‘We will never become a socialist country,’” Cruz said. “And the look of terror — OK, somebody needs to a horror film, to the theme from ‘Halloween,’ because you see the Democrats terrified. About half of them stood and half of them didn’t. That photograph needs to be remembered for a long time. Every Democrat who sat has just told their constituents they want America to be a socialist country. Many of the other Democrats who stood, they wanted also, but they will at least going to pretend for a little while longer. But they sorted the wheat from the chaff, as they say, and they did in front of the whole country.