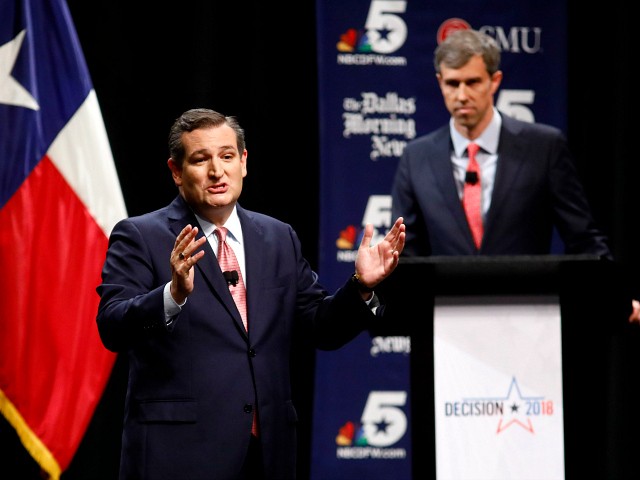 Moderators at the Dallas debate asked Cruz about his fight to repeal the Affordable Care Act (ACA), commonly referred to as Obamacare.

“I believe Obamacare has hurt millions of Texans,” said Cruz. He said millions of Americans have had their insurance plans canceled against their will since Obamacare took effect. He cited people who say they cannot afford health insurance.

Cruz cited premium hikes of $5,000 per year despite Barack Obama’s promises while president that premiums would go down $2,500 per year under Obamacare. Sen. Cruz said Bronze Obamacare plans in the Dallas area have increased $3,000 a year.

“I don’t know how you’re going to repeal every single word of the Affordable Care Act and keep protections for pre-existing conditions,” O’Rourke shot back at Cruz. He cited a child named “Victor” and a man named “Joey” in Laredo with diabetes and no health care. The congressman said Joey’s care will become more expensive and outcomes not as good as he nears death. O’Rourke said Texas left $100 billion on the table when introducing Medicare as an option.

“We’ve gotta lower premiums, and congressman O’Rourke has voted 67 times to keep Obamacare. He hasn’t been there to fix the people that are getting hurt that are getting forced into part-time jobs,” Cruz jabbed at O’Rourke. He said O’Rourke’s answer instead is “socialized medicine.”