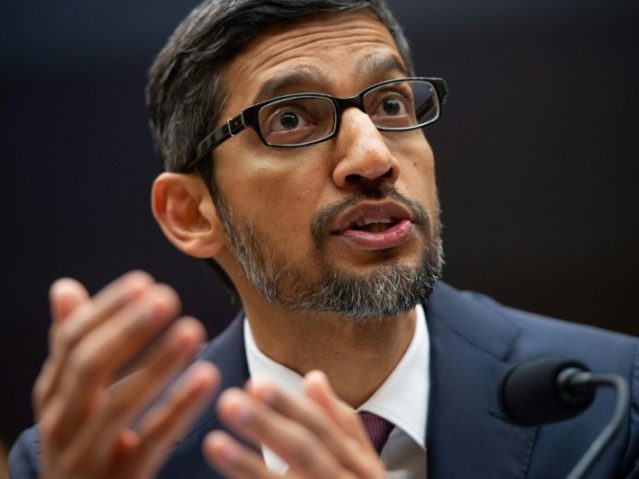 TechCrunch noted in a recent article that Google CEO Sundar Pichai appears to think that Android phone users are well aware that their phones are constantly tracking and monitoring them, something which many users are unaware of.

In an article titled “Google’s CEO Thinks Android Users Know How Much Their Phones are Tracking Them,” TechCrunch notes that Google CEO Sundar Pichai appeared to believe that the majority of Android users are aware of how closely Google is tracking their phones. Speaking before the House Judiciary committee during a hearing called: “Transparency & Accountability: Examining Google and its Data Collection, Use and Filtering Practices,” Pichai attempted to claim that Google users have control over the information that the company collects on them.

TechCrunch writes in their article:

“For Google services, you have a choice of what information is collected, and we make it transparent,” Pichai said in response to questioning from Chairman of the House Judiciary Committee Rep. Bob Goodlatte (R-VA).

The reality is that most people don’t read user agreements in full, and aren’t fully aware of what data their phones and apps are able to access. Even on Apple’s platform, known to be fairly privacy-forward, apps have been collecting user data — including location — and selling it to third parties, as noted by a recent New York Times investigation.

Google’s defense on the data collection front is similar to Facebook’s — that is, Pichai responded that Google provides tools that put users in control.

But do they actually use them?

TechCrunch notes that although it may be possible to gain further control of your Google data, it isn’t always a particularly easy process:

“It’s really important for us that average users are able to understand it,” said Pichai, stating that users do understand the user agreement for Android OS.

“We actually…remind users to do a privacy checkup, and we make it very obvious every month. In fact, in the last 28 days, 160 million users went to their My Account settings, where they can clearly see what information we have — we actually show it back to them. We give clear toggles, by category, where they can decide whether that information is collected, stored, or — more importantly — if they decide to stop using it, we work hard to make it possible for users to take their data with them,” he said.

The 160 million users sounds like a large number, but at Google’s scale, where numerous products have over a billion users apiece, it’s not as big as it seems.

In addition, it has become clear that simply “opting out” of Google’s data collection methods is not always enough. For example, earlier this year, it was discovered that Google was continuing to track users’ location even when users had explicitly turned the Location History setting off — a clear indication they did not want their data collected or shared.

TechCrunch then notes Pichai’s reaction to being asked if the process could be made simpler:

Further in the hearing, Pichai was asked if Google could improve its user dashboard and tools to better teach people how to protect their privacy, including turning off data collection and location tracking.

“There’s complexity,” Pichai said, but admitted this is “something I do think we can do better.”

“We want to simplify it, and make it easier for average users to navigate these settings,” he continued. “It’s something we are working on.”