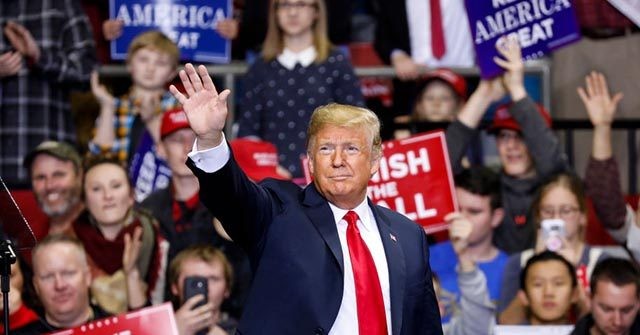 South Carolina is the latest in a string of states to side with President Donald Trump’s reelection campaign in upholding voting laws ranging from ballot harvesting regulations to Election Day deadlines.

On Monday, the U.S. Supreme Court agreed with state Republicans in reinstating a South Carolina voting requirement that mail-in ballots have a witness’s signature, a mandate federal courts had deemed an unnecessary imposition because of coronavirus.

The South Carolina GOP expressed its satisfaction with the decision, saying in a statement that “despite the Democrats’ efforts to hijack a pandemic and use it to meddle with our election laws, they’ve lost.”

No justices published dissents to Monday’s decision, although the court provided one concession in that its order should not apply to ballots that have already been mailed without a signature and arrive within two days.

On Friday, the Arizona Supreme Court granted a petition led by Attorney General Mark Brnovich and state Republicans on the state’s out-of-precinct (OOP) voting policy and “ballot-collection law,” which currently limits the handling of another person’s absentee ballot to family and household members, mail carriers, and election officials.

The Ninth Circuit struck down the OOP policy and ballot-collection restrictions in January, but the Supreme Court’s decision to consider the two measures now means they will both remain in place through the November 3 general election.

Brnovich argued that reversing these provisions is a threat to election integrity and warned that ballot harvesting, specifically, could cause “undue influence, voter fraud, ballot tampering, and voter intimidation.” Brnovich continued:

If SCOTUS does not overturn the misguided Ninth Circuit ruling, other election integrity laws across the country could be in jeopardy. Presently, approximately 20 states have ballot harvesting laws substantially similar to Arizona or impose various regulations on ballot harvesting. Additionally, a majority of states require ballots to be cast in the correct precinct.

South Carolina and Arizona join a list of states, including Maine, Georgia, New Hampshire, and Iowa, that have recently awarded election-related court victories to the GOP.

Similarly, in the battleground state of Georgia, a federal appeals court decided on Friday to reinstate the ruling that all ballots be received by the state’s 7 p.m. Election Day deadline.

“The number of late-arriving ballots could have been enough to swing close elections,” the Atlanta Journal-Constitution noted of the decision. “During Georgia’s primary this year, election officials rejected about 8,400 absentee ballots that were received after the June 9 election day.”

In New Hampshire, the superior court on Friday rejected several requests, including those related to ballot harvesting prohibitions, made by the American Federation of Teachers.

In Iowa, another swing state, district court judges in the Democrat counties of Linn, Johnson, and Woodbury ruled against auditors’ pre-filling in voters’ personal information on absentee ballot request forms, which resulted in the invalidation of about 80,000 ballot request forms that auditors had already filled out, according to Iowa Public Radio.

The series of legal wins comes after the Republican National Committee (RNC) and the Trump campaign launched a multimillion-dollar operation earlier this year to fight lawsuits they believe will open opportunities for election fraud.

“Democrats are trying to use coronavirus and the courts to legalize ballot harvesting, implement a nationwide mail-in ballot system, and eliminate nearly every safeguard in our elections,” the RNC states on its Protect the Vote website.

Last month, Republicans were dealt a blow in Pennsylvania after the state Supreme Court granted a request to extend the Election Day deadline by three days for ballots postmarked by the time polls close. An emergency petition on the extended deadline is now pending before the U.S. Supreme Court.

The state Supreme Courts in both Pennsylvania and Wisconsin — two states Trump narrowly won in 2016 — also ruled last month that the Green Party presidential candidate could not appear on their ballots.

In a setback in Nevada, a judge dismissed a lawsuit filed by the Trump campaign to prevent mail-in ballots from being sent to all active voters.

The South Carolina decision on Monday marks a new wave of triumphs for the GOP. RNC chairwoman Ronna McDaniel wrote of the successes on Twitter on Friday, before the Supreme Court’s latest announcement, “More wins for the RNC in our fight to uphold voter integrity! … We will continue to fight back against Democrat assaults on our elections!”