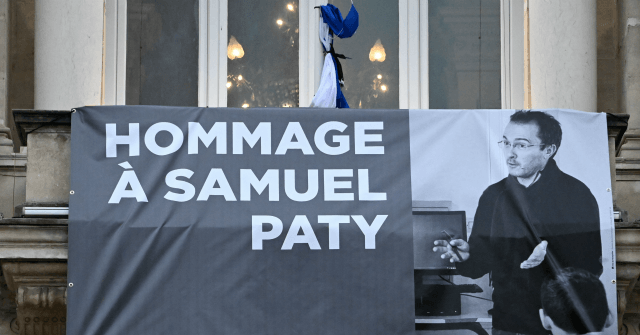 Swedish teachers said it was a question of “if, not when” an attack like the beheading of France’s Samuel Paty happened to a Swedish teacher.

Stockholm high school teacher Olof Linton commented on the murder of Mr Paty, who was beheaded in the street by a radical Islamic extremist teenager after showing pictures of the Mohammed cartoons to his class.

“Unfortunately, I think this is something that we have to see as an actual risk in Swedish schools, as well. The attacks might come from Islamist or right-wing extremists, but we have to be prepared for that to happen. It’s not a question of if, but when,” Linton told broadcaster SVT.

“Most teachers are capable of having that dialogue with students. But it is very important as a teacher to maintain this in the classroom. We cannot bow to extremist and fundamentalist teachings,” he added.

Mattias Axelsson, a high school teacher in Gothenburg, said the murder of Paty saddened him. “If I felt I could reach a higher level of learning or understanding, then I would definitely show a Mohammed caricature or someone burning a Swedish flag to my class,” he said.

Following the murder of Mr Paty, several French teachers also spoke out about rising levels of Islamist extremism among their students.

One teacher from the notorious Paris suburbs of Seine-Saint-Denis claimed his class cheered footage of Pakistanis burning French flags in response to the Charlie Hebdo cartoons of Mohammed.

“I thought it would make them think, but most of the pupils stood up and applauded,” the teacher said.

Swedish schools have also seen problems with rising levels of violence in recent years. Those who teach in so-called “vulnerable” or no-go zones have even been offered extra cash to remain in the areas.