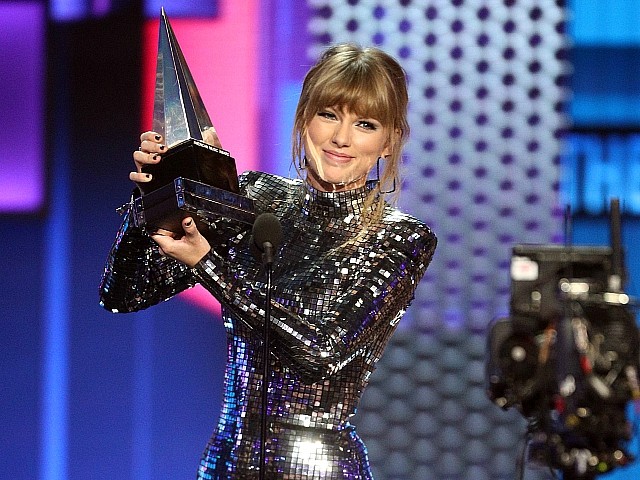 Pop superstar Taylor Swift used her American Music Awards acceptance speech Tuesday night to urge the audience “to get out the vote,” just days after endorsing Democrats in Tennessee.

Is it cool that she said all that? Of course it is. @taylorswift13 accepts the award for #AMAs Artist of the Year! 🎉 #TaylorSwiftAMAs pic.twitter.com/EmTzjlB8uH

“This time it represents encouragement and motivation for me to be better, work harder and make you guys proud as much as I possibly can … so thank you for this incredible symbol of encouragement,” the Grammy-winner said.”

“As much as I have in the past and would like to continue voting for women in office, I cannot support Marsha Blackburn. Her voting record in Congress appalls and terrifies me,” the “Shake it Off” singer wrote in her lengthy Instagram post.

Swift backing Democrats enraged her fans, earned her praise among many Hollywood figures, and grabbed the attention of President Donald Trump.

“Let’s say that I like Taylor’s music about 25 percent less now,” President Trump told reporters Tuesday, adding that Blackburn is leading her Democratic opponent in the most recent polls.