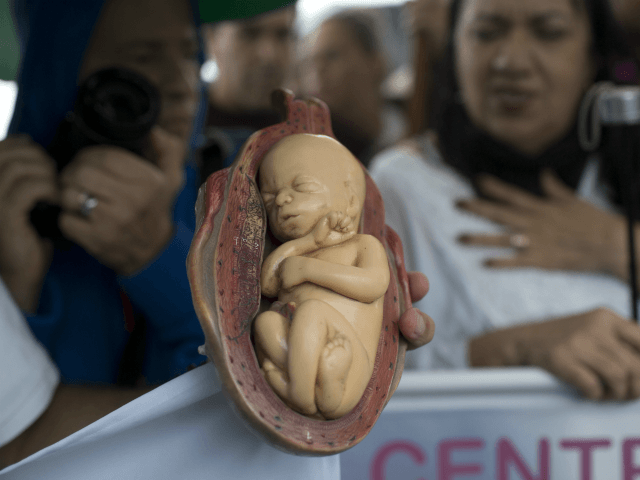 American taxpayers are funding even more abortions on demand in 2019 than they did this past year through Obamacare state exchange plans – even if their states opt out of elective abortion coverage.

Repealing Obamacare is the only way to end taxpayer funding for abortion through state exchange plans, FRC states.

“And Republicans haven’t managed to do that,” the pro-life group continues. “Until they do, every taxpayer will be forced to fund abortion on demand – even if their own state opts out. That’s just the nature of the Obamacare tax credits.”

While most Americans know their tax dollars are funding Planned Parenthood, the nation’s largest abortion provider, many are not aware taxpayer monies are funding abortion on demand in Obamacare state exchange plans offered at healthcare.gov.

Each year, FRC and the Charlotte Lozier Institute (CLI) – the research arm of the Susan B. Anthony List – conduct a comprehensive review of elective abortion coverage in individual and family health insurance plans offered on Obamacare state exchanges.

In the most recent review, the two groups discovered that 650 Obamacare state exchange plans cover abortion on demand in 2019 – a 23 percent increase over 2018. According to FRC and CLI, of all the Obamacare exchange plans in the 24 states and the District of Columbia that permit abortion coverage, about 65 percent (650 plans) cover elective abortion – an increase from 53 percent (527 plans) in 2018.

CLI president Chuck Donovan noted the review reveals “consumers across nearly half the country have even fewer pro-life policy options to choose from on their state health insurance exchanges in 2019.”

“In several states and the District of Columbia, there are no pro-life plans offered at all,” he continued. “Given this pathetic situation, consumers at least deserve transparency as they shop the exchange for plans for themselves or their families.”

A 2019 fact sheet with detailed information and an interactive map are available online at ObamacareAbortion.com to help consumers find pro-life health plans.

The two pro-life groups provide some additional findings for 2019.

In eight states (Alaska, California, Hawaii, Maryland, Massachusetts, New York, Vermont, and Washington) and the District of Columbia, for example, 100 percent of individual and family plans on the exchange cover elective abortion. No pro-life options are available in these jurisdictions.

According to the two pro-life groups, 26 states (see fact sheet) have passed laws to opt out of elective abortion coverage in plans offered on the state exchange.

While these states have passed pro-life laws to ensure abortion on demand is not included in any of the plans sold on their state Obamacare exchanges​, their taxpayers are still paying federal taxes the federal government uses to pay for elective abortion coverage in the other states that allow it (tax credits).

The Trump Department of Health and Human Services (HHS) recently released a new rule that directs those who sell Obamacare health insurance plans that allow coverage for elective abortions to collect a separate payment for that coverage – as is required by law. The Obama administration, however, failed to enforce that law and allowed collection of fees for abortion coverage together with regular premiums.

“Thanks to this trickery, millions of Americans have unwittingly purchased plans without knowing about the hidden abortion surcharge,” said Susan B. Anthony president Marjorie Dannenfelser. “Consumers deserve to know how Obamacare pays for abortion so they can avoid having their hard-earned dollars used to fund the destruction of innocent lives.”

​Patrina Mosely, FRC director of life, culture and women’s advocacy, noted that as the two groups updated the Obamacare Abortion website, they discovered “the unfortunate reality” that “things have gotten worse.”

During the Obama administration we saw broken promises, a lack of transparency and adherence to the law, and a healthcare system that was programmed in such a way that it would continue to fund abortion coverage long after President Obama left office. No matter the transparency or lack thereof, ObamaCare is still forcing Americans to choose between their healthcare and their conscience. Abortion is not healthcare and the majority of Americans do not want their hard-earned tax dollars subsidizing insurance coverage that includes the taking of unborn human life.

FRC notes that since Republicans did not repeal Obamacare when they had full control of Congress and the White House, they have incentive now to pass the No Taxpayer Funding for Abortion law.