Taliban terrorist fighters were firmly told Wednesday they can no longer carry weapons on visits to carnivals in Afghanistan, nor can they arrive in military grade transport or wear uniforms.

The group’s spokesman issued the order to disarm in what appeared to be another effort by the country’s new rulers to soften their image as they seek foreign funds while also guaranteeing the safety of parents with children enjoying local attractions.

The Taliban’s militia fighters flocked to amusement parks in Afghan cities in towns after they took over in August as they celebrated their victory in the wake of the retreat by U.S. forces and their allies.

They took rides and were seen to fire their weapons – AK-47 and M4 assault rifles – in delight at victory and the chance to enjoy what they regarded as the spoils of war – carnival rides without lines and free entry for all. 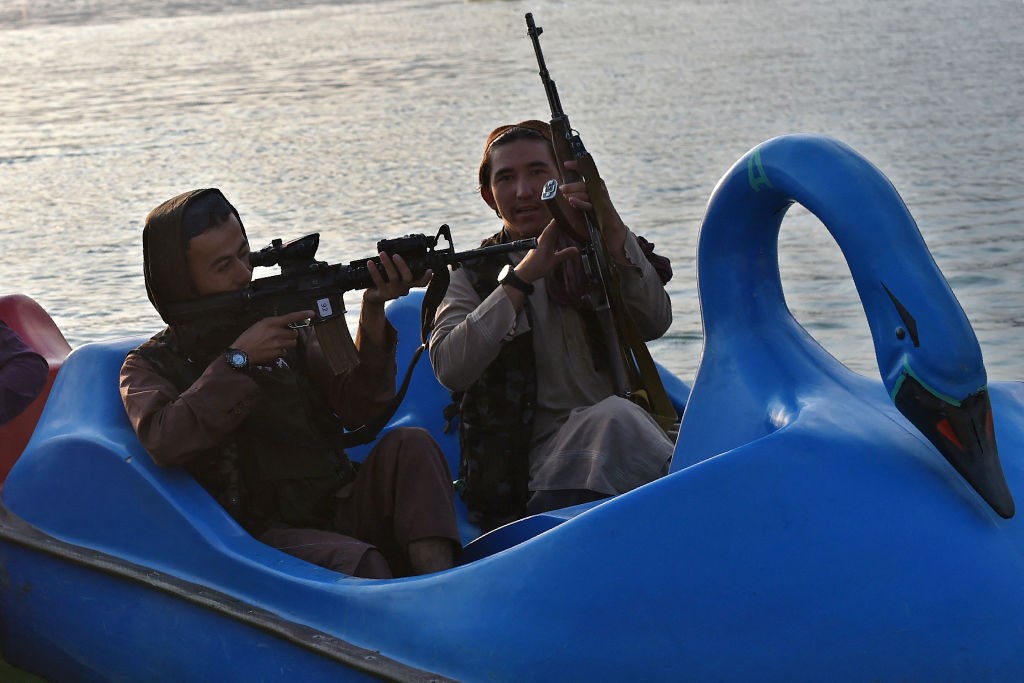 In this photograph taken on September 28, 2021 Taliban fighters ride on a paddle boat at Qargha Lake on the outskirts of Kabul. “This is Afghanistan!” a Taliban fighter shouts on the pirate ship ride at a fairground in western Kabul, as his armed comrades cackle and whoop on board the rickety attraction. (WAKIL KOHSAR/AFP via Getty Images) 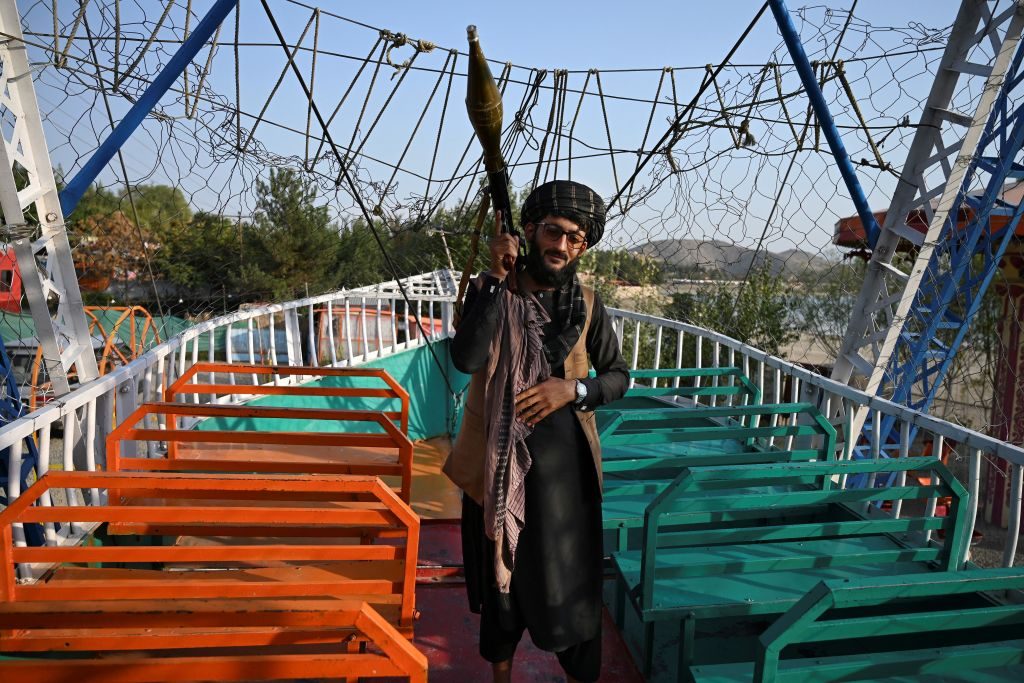 A Taliban fighter carrying a rocket propelled grenade (RPG) launcher stands on pirate ship ride in a fairground at Qargha Lake on the outskirts of Kabul.(WAKIL KOHSAR/AFP via Getty Images)

“Mujahideen of the Islamic Emirate are not allowed to enter amusement parks with weapons, military uniforms and vehicles,” the main Taliban spokesman, Zabihullah Mujahid, said on Twitter as he delivered the news to disarm.

“(They) are obliged to abide by all the rules and regulations of amusement parks.”

Of particular attraction for Taliban fighters was one of Kabul’s largest amusement parks and a waterside park at the Qargha reservoir, in the city’s western outskirts, Reuters reports.

On the shores of the picturesque reservoir, other Taliban members hopped into swan-shaped pedalos to enjoy the watery escape, as Breitbart News reported. 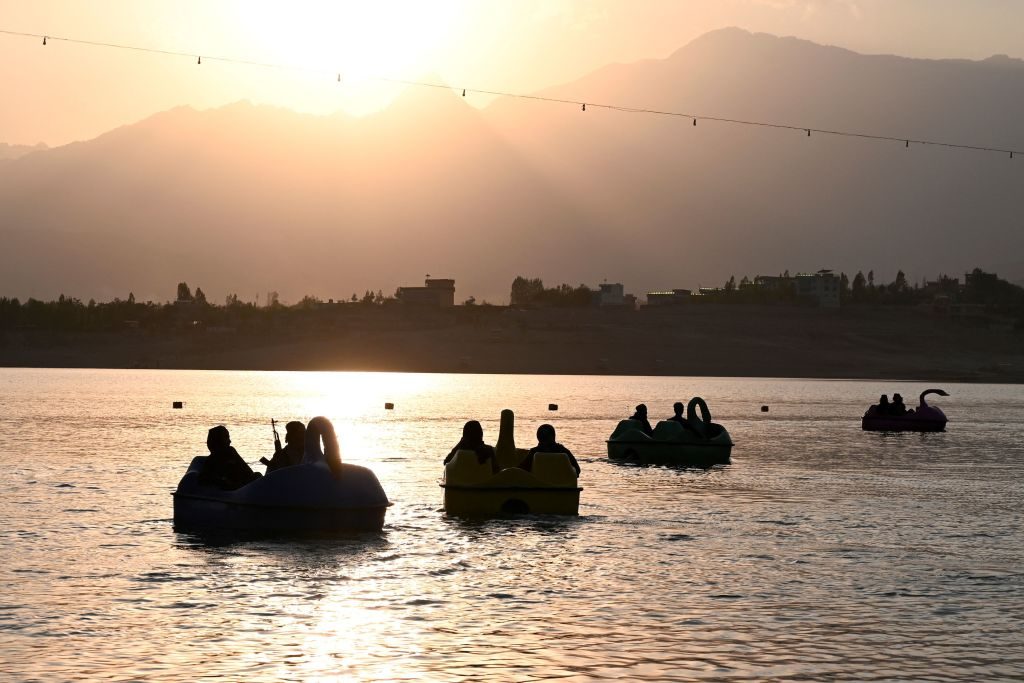 Still brandishing their weapons, they set off in pairs across the water in the pink, blue, green, yellow and blue boats, laughing as the vessels bump together.

They later posed with their assault rifles as friends took pictures on the pebbly shore, still dressed in camouflaged military uniforms and traditional Afghan clothes.

Most of the fighters Reuters spoke to then had never been to Kabul until the Taliban took control of the capital on Aug. 15, and some were eager to visit the amusement park before returning to duties around the country.