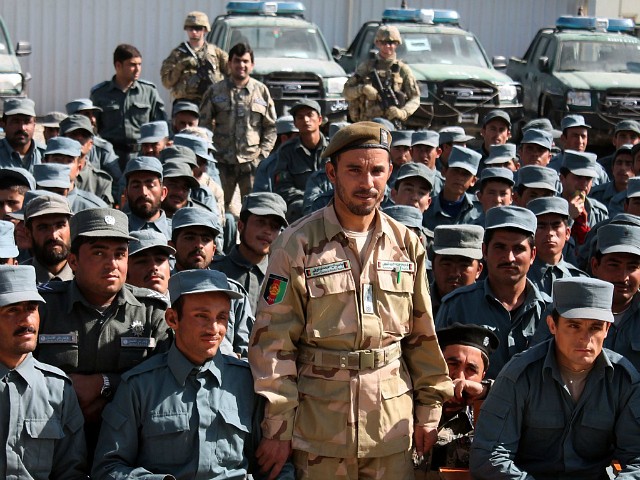 The Taliban has claimed responsibility for staging an assassination attempt on Thursday carried out by a provincial governor’s bodyguard against the top U.S. commander in Afghanistan and Afghan security officials that ended up killing three people and wounding 13 others, including two Americans.

In a statement, Taliban spokesman Zabiullah Mujahid noted that the targets of the attack were the top U.S. commander in Afghanistan and anti-Taliban strongman and Kandahar police chief Gen. Abdul Raziq.

American Gen. Scott Miller, the recently appointed chief commander of U.S. and NATO forces in Afghanistan, reportedly escaped unharmed, but Raziq did not.

“Today I lost a great friend LTG Raziq. We had served together for many years. Afghanistan lost a patriot, my condolences to the people of Afghanistan, ” Gen. Miller wrote on Twitter. “The good he did for Afghanistan and the Afghan people cannot be undone.

“Today I lost a great friend LTG Raziq. We had served together for many years. Afghanistan lost a patriot, my condolences to the people of Afghanistan. The good he did for Afghanistan and the Afghan people cannotbe undone. ” – Gen. Scott Miller

At Kandahar palace today: In fact, three coalition personnel were wounded – one U.S. service member, one American civilian and one coalition contractor. All three have been medically evacuated and are stable. General Miller is uninjured. Afghan officials were the targets.

The provincial governor’s bodyguard reportedly opened fire on a high-level security meeting at a heavily fortified government compound in Kandahar, the birthplace of the Taliban.

Gen. Mohammad Sharif Yaftali, the chief of staff for the Afghan National Army (ANA), told reporters, “The attack carried out by a bodyguard of the governor happened moments after the meeting finished, as they were leaving the compound.”

“Afghan security forces swarmed Kandahar city after the shooting that shuttered shops and sent terrified civilians – already on high alert for violence ahead of Saturday’s ballot – into their homes,” the Agence France-Presse (AFP) news agency reported.

While the Taliban cited the attacker’s name as Abu Dujana on Twitter, Reuters reported that Afghan officials identified the shooter only as Gulbuddin.

The U.S.-NATO mission Resolute Support (RS) confirmed the attack in a statement, noting that the shooter injured two Americans.

Afghanistan’s TOLO News quoted Col. Knut Peters, a spokesman for RS, as saying in a statement:

There was a situation at the Kandahar palace today. Initial reports indicate this was an Afghan-on-Afghan incident. Two Americans were wounded in the cross-fire and they have been medically evacuated. General Miller is uninjured. We are being told the area is secure. Initial reports also say the attacker is dead.

Although President Donald Trump’s administration has intensified its efforts to bring the Taliban to the peace negotiation table in recent months, the terrorist group has continued to wreak havoc, mainly targeting candidates and voters during the ongoing campaign season ahead of the October 20 parliamentary elections.

“There are fears the attack in the southern province of Kandahar could derail US efforts to engage the [Taliban] group in peace talks and parliamentary elections scheduled for October 20,” AFP noted.

Afghan Gen. Abdul Momin Hussainkhail, the intelligence chief in Kandahar, reportedly revealed that an Afghan journalist was among the fatalities.

Michael Kugelman of the Wilson Center told AFP that the unprecedented attack on the top U.S. commander in Afghanistan and the death of Raziq was “a huge blow to stability and to counterinsurgency more broadly.”

“The bottom line here is that no one is safe, no matter how powerful they may be and no matter how much security they may expect to receive,” he added.

Gen. Raziq reportedly controlled Kandahar with an iron first and “was accused of running secret torture chambers, an allegation he denied,” AFP pointed out, noting that he was the reason the Taliban struggled in its birthplace in recent years.

Restive Kandahar province, which sits along the Pakistan border, is one of the top opium-producing provinces in Afghanistan.

The Taliban generates most of its funding from poppy cultivation and heroin production.