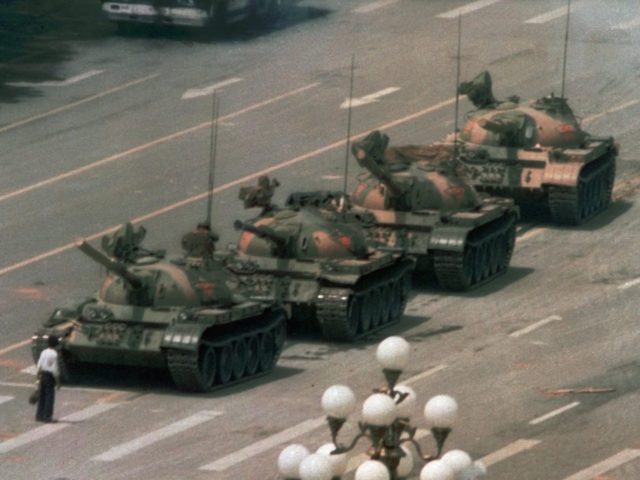 The Chinese Communist Party rejected Taiwan’s request on Wednesday for China to issue an apology for the deadly 1989 Tiananmen Square massacre – in which Chinese troops opened fire on unarmed students leading protests, calling it “nonsense,” Reuters reported on Wednesday.

June 4 marks 31 years since the mass murder and will be marked by commemorations in Taiwan, throughout Asia, and around the world. The Chinese Communist Party (CCP) authorities officially ban any public acknowledgment of the event in China. Based on witness accounts, human rights groups estimate the number of victims from the massacre to be at least several thousand, although the CCP refused to release a full death toll, Reuters reports.

On the eve of the anniversary, the government of Taiwan issued a statement urging Beijing to acknowledge the historic assault on freedom and democracy, according to the report. Taiwan is a sovereign nation with its own independent government that is claimed by China as a renegade province.

In a statement, the Taiwanese government said that the CCP should “reassess the historical facts about the June 4 incident and sincerely apologize. We believe that those currently in power should have the courage to correct mistakes, immediately initiate reforms, and return power to the people.”

Zhao Lijian, a Chinese foreign ministry spokesman best known for accusing the U.S. Army of causing the coronavirus pandemic, rejected Taiwan’s request at a press briefing on Wednesday, according to Reuters.

“The relevant remarks of the Taiwan authorities are totally nonsense. As to the political disturbance in the late 1980s, China has drawn a clear conclusion. The great achievements after the founding of new China fully demonstrate that the development path chosen by the new China is totally correct and in line with China’s national conditions,” the spokesman said. He referred to the period after the People’s Republic of China was founded by the Communist Party in 1949.

On Wednesday in Saipan, over 20 Chinese political dissidents living on the Pacific island held a peaceful candlelight vigil to commemorate the 31st anniversary of the incident, Radio Free Asia (RFA) reported.

Saipan is the largest of the Northern Mariana Islands, a U.S. commonwealth in the Western Pacific Ocean. It is located east of the Philippines and northeast of Guam.

“Although [31 years have passed since] June 4th … it [the Tiananmen Square Massacre] still has practical significance [in] the ongoing hardships of the people of Hong Kong … Why is the CCP so cruel? Simple. The Chinese Communist Party is pursuing the red terror proletarian dictatorship of Marxism-Leninism,” dissident Jia Qun told RFA. He referenced the ongoing pro-democracy protests that began last summer in Hong Kong in response to increasing oppression from mainland China and the CCP.