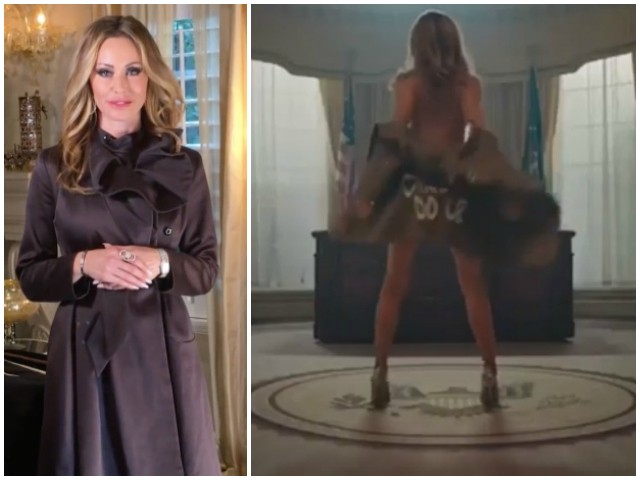 Melanie Marden, the Melania Trump look-alike who appeared in rapper T.I.’s music video, is doubling down on her attacks against the first lady by both mocking her accent and slut-shaming her career as a model.

After complaining about the death threats she says she has received after portraying the first lady as a stripper in the video, Marden doubles and triples down with her taunts.

Obviously hoping to milk her notoriety as much as she can, Marden tells Inside Edition the death threats include, “Someone was going to hit me with their car, somebody was going to take a baseball bat to me, somebody wished me to get raped and then killed.”

The Canadian model then claims she had no intention of making a political statement with the video, just before she attacks President Trump as someone who does “a lot of bullying himself.”

Marden than says of Melania, “If I was insulting her and degrading her, that would be one thing. But I don’t think I was” — even though she portrayed the first lady as a piece of meat, a stripper.

Nevertheless, if she was not intending to insult and degrade the first lady in that music video, her next stunt cannot have any other intent.

Mocking Melania’s accent,  Marden poses before the camera as the first lady and says, “God bless America … and Russia .. and the Trumps.”

She then says, in reference to Melania’s modeling day, “Yes, I was naked, but I’ve been naked before.”