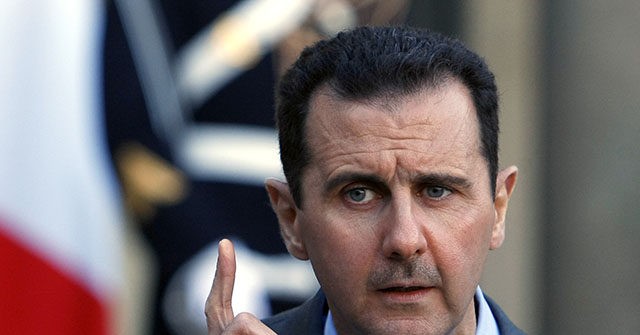 Syrian President Bashar al-Assad told a Russian television interviewer on Sunday that he was not “bothered” by reports that U.S. President Donald Trump considered ordering his assassination in April 2017.

According to Assad, Trump was merely being a little blunter than most chief executives about the standard U.S. policy of “hegemony, coups, assassinations, and wars.”

“All the statements that were issued do not concern us at all, and do not bother us. We do not feel them. This is an American speech to the Americans,” Assad said during an interview with Russia’s Zvezda TV.

“If we go to Trump’s recent statements mentioned in the aforementioned book, it is not something surprising, nor anything new because the policy of the United States since the Cold War and since the end of World War II until today is a policy of hegemony, a policy of coup d’etats, a policy of assassinations and a policy of wars. This is normal,” he asserted.

“On the contrary, we have to recognize that Trump has an important merit, which is exposing the American regime. For us, it was already exposed, but it was hiding behind some pretty masks, like democracy, human rights, and other similar things.  Trump is frank. He says, ‘this is what we do,’” said Assad.

The Syrian dictator was referring to a passage from Bob Woodward’s 2018 book Fear: Trump in the White House, in which Woodward claims that Trump responded to an alleged Syrian chemical weapons attack by suggesting to then-Defense Secretary Jim Mattis, in rather colorful language, that the U.S. should consider assassinating Assad. Woodward wrote that Mattis was dismissive of the idea.

Trump responded to the book in 2018 by describing Woodward’s account of the conversation with Mattis as “fiction” and stating that a targeted assassination of Assad was “never contemplated.”

In September 2020, however, Trump mused during a Fox News interview that he would have preferred to solve the Assad problem by eliminating him.

“I would have rather taken him out. I had him all set. Mattis didn’t want to do it. Mattis was against most of that stuff,” Trump said in September.

Assad took the opportunity of the assassination remarks to launch a lengthy diatribe about America’s hegemonic appetites, carrying on as if the Western world’s big problem with the brutal Assad regime is Syria’s plucky spirit of independence:

So, if they haven’t accepted Russia in the past, why would they accept it in the present? And if they haven’t accepted the large Russian state as independent, would they accept Syria, a smaller country, as an independent state? This is the problem with the Americans: they do not accept any individual who acts in the best interest of his country, any individual who respects himself, or maintains an independent national decision.

For his part, Assad is notoriously unwilling to accept Syrians who make independent decisions, having stuffed his dungeons and torture chambers full of such individuals. Human rights groups accuse the Russians of aiding and abetting Syrian atrocities against civilians in the last few rebel strongholds.

Assad followed this lecture with a paranoid rant that accused every dissident in Syria of being a foreign agent. He accused the United States of backing Turkey’s play to destabilize Syria and grab some of its territory and later presented himself as a champion against “terrorism” and “religious extremism” caused by the Western drive for “hegemony.”

Assad wrapped up with obsequious thanks to his Russian interviewer for Moscow’s help in preserving his rule, telling the Russian people to be “proud of what their army has achieved in Syria.”