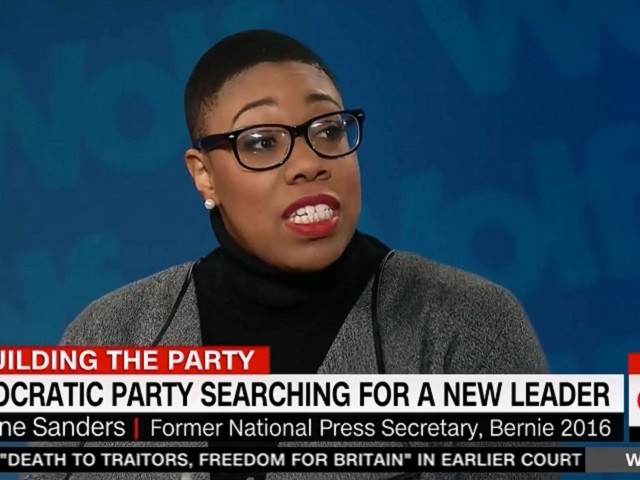 Durning a panel discussion about President Donald Trump retweeting an image of Department of Justice special counsel Robert Mueller and other politicians behind bars,  Sanders said, “The president is a conspiracy theorist. I think we’ve known that for a very long time and he reinforces regularly in his Twitter account. This is why I fully believe it is very important for people that are just, you know — people that just love America to stand up and be willing to call this president on the carpet when he is wrong. And he is wrong about — and he is wrong at what he’s doing, disparaging the special counsel, threatening the investigation and he is wrong with the doggone tweets. I just can’t.”