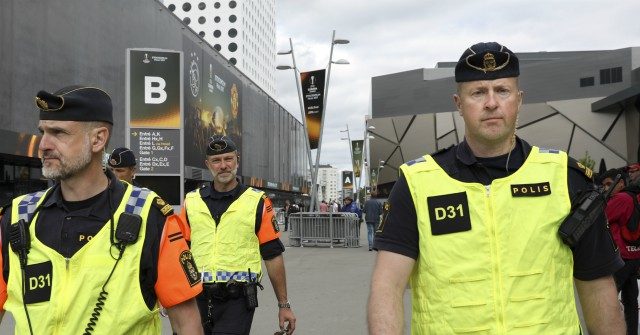 Sweden has seen a dramatic rise in the number of convictions for rape from the period between 2017 and 2019, according to figures released by the Crime Prevention Council (Brå).

In 2019, the country saw 333 convictions for rape compared to 190 in 2017, with some Swedish publications noting that changes in Sweden’s laws in 2018 may have had an impact on the number of convictions.

In December 2017, the Swedish government proposed new sexual assault laws, including that both sexual partners must obtain either verbal or written consent. The rape laws came into effect in July 2018, which made “negligent rape” a new crime, meaning that sex without active consent from both parties can be classified as rape and could result in criminal charges.

“The message is simple. You need to ask the person you want to have sex [with] if she wants it. If you are unsure, you have to leave it. Sex must be voluntary,” Swedish Prime Minister Stefan Löfven said at the time.

According to Swedish public broadcaster SVT, while the number of convictions for rape has increased substantially, only 12 of the convictions in 2019 were for negligent rape, suggesting some other change in Swedish society is to blame for the rise.

Stina Holmberg, of the Research and Investigation Council at Brå, said the 2018 law had affected the conviction rate, saying: “Our review clearly shows that new types of abuse now lead to prosecution and convictions.”

Negligent rape cases, however, have been harder to prosecute, Holberg said and noted: “We have seen difficulties in deciding both how far the criminal area extends and what is to be seen as intentional and gross negligence, respectively. These application problems run the risk of jeopardising legal certainty.”

“It is therefore important that there are more guiding decisions in higher bodies. What needs to be clarified above all is what is to be seen as an expression of voluntariness and when such can be ignored,” Holmberg added.

A Brå report released in October of last year stated that those reporting to have been victims of sex crimes in Sweden had tripled from 2014 to 2018, with nearly six per cent of the population, 482,000 people, stating they had been victims of sexual crimes.

The statistics covered serious sexual crimes such as rape along with incidents such as abusive sexual remarks.