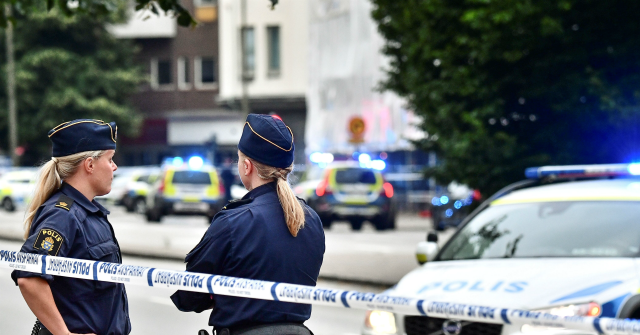 A 34-year-old man in Sweden has been convicted of uttering threats after telling two female police officers to submit to Islamic State or face being raped.

Fadi Daoud was convicted last week for the threats made in Norrköping in May 2017. Police had responded to a call after the 34-year-old was seen climbing onto a balcony and when he resisted calls to take his hands from his pockets, the officers were forced to subdue him, Nyheter Idag reports.

“Fadi screamed several words of ignorance against us like ‘whore’, ‘pussy cop’, and ‘pig bastard’ and that we would submit to Islamic State because he would otherwise rape both of us,” one of the officers said.

After managing to detain the 34-year-old, officers say he continued to insult them and threaten them with rape on the way to the police station.

“He talked about Islamic State and asked us do we know what they do with ‘whores’ like us,” the officer said, adding that Daoud also made threats against her and her fellow officer’s families.

Grooming Gang: ‘White Women Are Good for Only One Thing – for People Like Me to F*** and Use as Trash’https://t.co/5UyZNCelhR

While legal proceedings began in November 2017 and a trial date was originally set for January 2018, the process faced delays. In the end, Daoud was sentenced to a brief three months in prison with fines to be paid to the two policewomen.

This incident is just the latest for the 34-year-old, who has reportedly been involved in 21 cases since 2001 and was previously convicted of several other crimes including abuse and drug offences.

Crimes against the person in Sweden have risen to “the highest level since measurements began” https://t.co/ktOZDVFyzS

Sweden has seen at least 150 Islamic State members return from fighting or supporting the terror group overseas in the Middle East, according to the security agency Säpo.

In the southern city of Malmö, it is believed some returned fighters have even been recruiting new members for the ailing terror group in underground mosques.