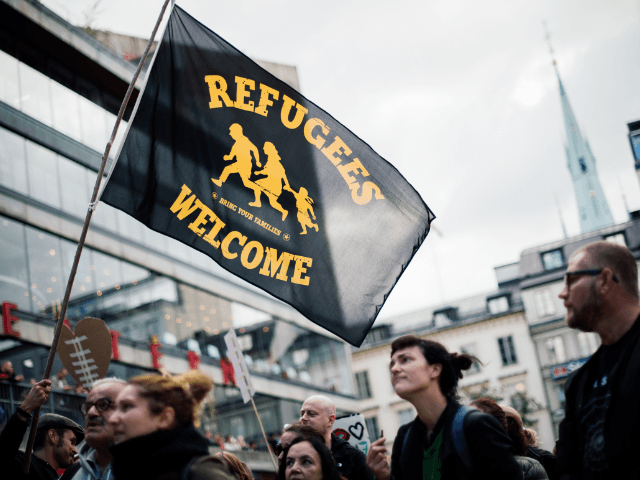 The Swedish government has announced its support for the controversial UN migrant pact, claiming the agreement will provide “great potential” for Sweden’s economic and social development.

The Swedish government confirmed their support for the migration pact in a press release aimed at giving more information about the agreement to Swedes on Thursday.

Their statement claims the agreement will not be legally binding — which is disputed by its detractors — and asserts that the framework of the pact will have benefits for Sweden as well as migrants, saying: “There is a shortage of labour in several sectors in the Swedish labour market. Labour migration helps to meet this demand.

“Furthermore, migrants’ remittances can contribute to important income for families in poor countries as well as investments in health, education, and housing,” they add.

Remittances, or money a foreign worker sends out of his host country to his homeland, have not been seen as purely positive in Italy, where populist interior minister Matteo Salvini promised to implement a tax on money sent overseas to help pay for his pro-family policies, designed to increase the Italian birthrate and reduce the supposed need for immigration.

Another major concern over the UN agreement has come from free speech advocates, who are concerned that a section which talks about combatting xenophobia and racism toward migrants would criminalise criticism of mass migration more generally.

The Swedish government claims there would be no infringement of free expression as a result of the agreement but added that “states, in accordance with international law, should work against racism and discrimination against migrants.”

German Chancellor Angela Merkel has already defended the migrant pact, which has been questioned by other countries, with the United States, Austria, Hungary, Israel, Poland, Australia, and others pulling out.

U.S. President Donald Trump was the first leader to drop the agreement in 2017, commenting: “Migration should not be governed by an international body unaccountable to our own citizens. Ultimately, the only long-term solution to the migration crisis is to help people build more hopeful futures in their home countries — make their countries great again.”