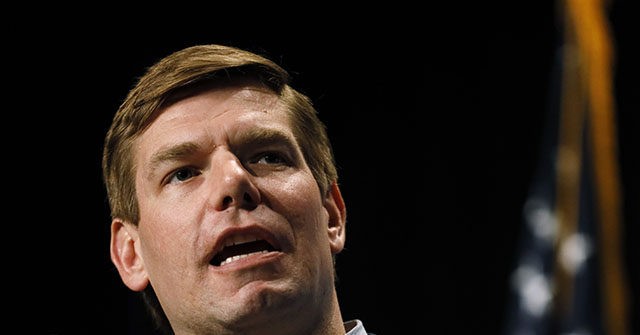 On Sunday’s broadcast of CBS’s “Face the Nation,” Rep. Eric Swalwell (D-CA) said the House Intelligence Committee has evidence that President Donald Trump used an “extortion scheme” in his dealings with Ukraine.

Swalwell said, “It’s important that the president has due process. And evidence is not a conclusion. We have enough evidence from the depositions that we’ve done to warrant bringing this forward. Evidence of an extortion scheme — using taxpayer dollars to ask a foreign government to investigate the president’s opponent. But it’s important that these witnesses raise their right hands and face questions from both Democrats and Republicans. The president is going to get that.”