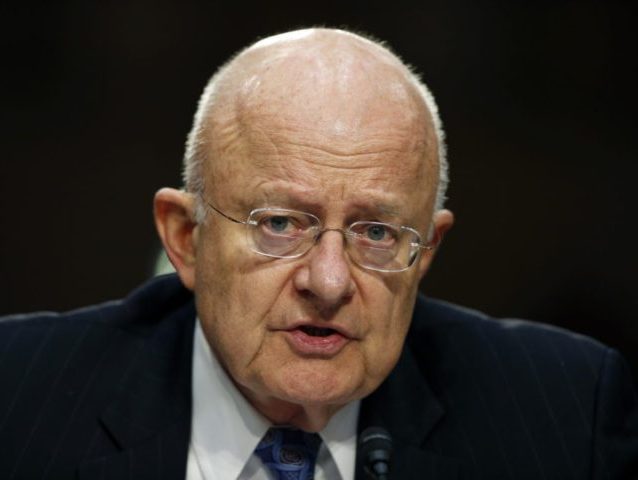 A suspicious package addressed to former Director of National Intelligence James Clapper has been intercepted in New York City, according to NBC News. The package was received at the U.S. Postal Service office located at 322 West 52nd Street in Manhattan.

Investigators are searching coast-to-coast Friday for the culprit and motives behind the bizarre mail-bomb plot aimed prominent Democrat Party members and others.

Three more devices were linked to the plot on Thursday — two addressed to former Vice President Joe Biden and one to actor Robert De Niro — Authorities warned there might well be more.