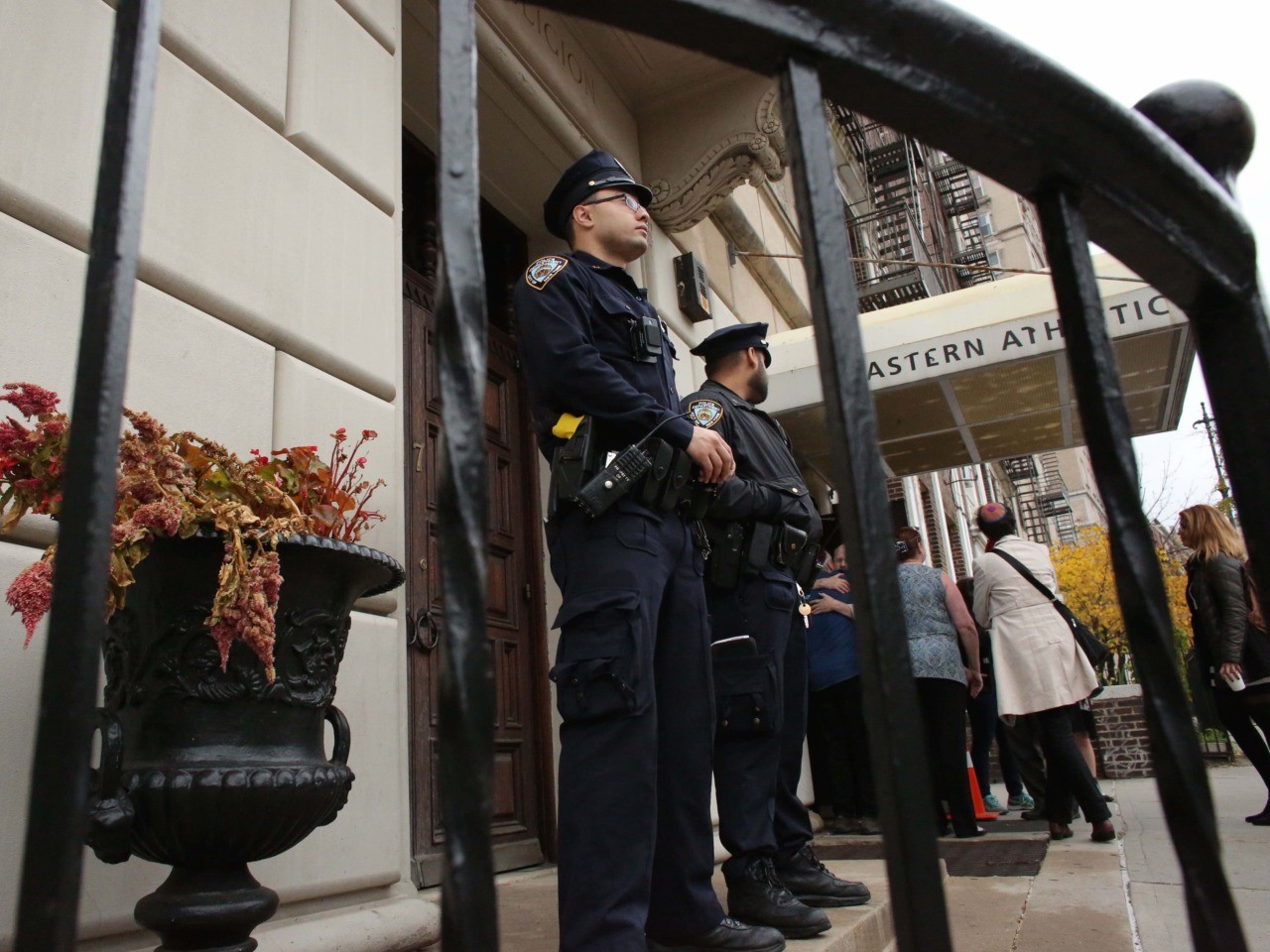 James Polite, the 26-year-old man who was arrested Friday for allegedly vandalizing a synagogue in Brooklyn Thursday, is a Democratic activist who once worked for New York City Council Speaker Christine Quinn, and also volunteered for Barack Obama.

Mr. Polite was arrested on Friday and charged with criminal mischief as a hate crime for writing “Die Jew Rats,” “Hitler,” “End It Now” and “Jew Better Be Ready” in marker on walls of the Union Temple of Brooklyn.

The police said surveillance video captured Mr. Polite, of Brooklyn, inside the synagogue.

He was taken into custody on Friday morning at the scene of a fire that had been set inside the coat room of Yeshiva Beth Hillel of Williamsburg, officials said.

Mr. Polite was charged with arson, reckless endangerment and criminal mischief — all as hate crimes — for setting fires at four other locations affiliated with the Jewish community, including another school. The police recognized Mr. Polite from the surveillance video at Union Temple.

The synagogue had been scheduled to host a Democratic Party event. The Daily Caller notes that Democrats, including New York Governor Andrew Cuomo, had used the vandalism in political messages — until the arrest.

NYPD arrests James Polite — the man they say is in this surveillance picture – in connection with anti Semitic graffiti found inside Union Temple in Prospect Heights. He’s believed to have also set fires outside schuls & yeshivas in Williamsburg @CBSNewYork pic.twitter.com/WMm4UznAvf

In a further irony, the Daily Caller notes, Polite worked for Quinn on hate crime issues. She issued a statement on Saturday, noting that she was “simply and utterly devastated,” and suggesting that Polite suffered from mental health issues. (He was taken to a psychiatric ward after his arrest for evaluation.)

Quinn and Polite met at “a gay pride rally for Barack Obama on the steps of City Hall in 2008,” the Times notes.

The Times had profiled Polite in December 2017, noting his work for Quinn and the party:

He interned with Ms. Quinn, a Manhattan Democrat, for several years, working on initiatives to combat hate crime, sexual assault and domestic violence. He also took part in her re-election campaign in 2009 and returned to help with her unsuccessful bid for mayor in 2013.

“James was the adopted child of the Quinn administration,” she said. “And it wasn’t just me. It was the entire City Council staff.”

Polite received help from a Times-funded charity and from a local couple. He applied to college at Brandeis University, founded to provide for Jewish students once excluded by the Ivy League’s antisemitic quotas.